According to a post by PUBG?s community manager on their forum, the new anti-cheat system will search the game?s files to detect if there are third-party programs trying to hook into the game.

In the post, the manager emphasizes that players who use the overlay software (like ReShade) won?t be banned, but they can?t play PUBG if it?s installed under the new system. He also warns that certain third-party applications that do not affect gameplay, like video or audio recording software (including Nvidia ShadowPlay), might also be affected by the patch.

As Nahimic Sound Tracker is a graphic overlay, PUBG might consider it as a cheating program. To avoid this situation, we suggest our user disable sound tracker before playing PUBG. (Nahimic?s post)

The steps below show you how to disable Nahimic sound tracker.
lFor Nahimic 2.3.X and 2.5.X
Open Nahimic and turn off sound tracker under sounder tracker page. lFor Nahimic 2.5.X only
1.In the sound tracker page, please click this button and move to application manager 2.Set PUBG state from ON to OFF, the overlay will not active during the game play. This is really useful, I also disabled my SSE3 during play online games. But play offline games, the Sound Tracker and SSE3 are awesome!
G

Great tip! Thanks a bunch dude! Big thumps up!
S

Nice! remind me that I must to turn off it
A

It will be better if you kept it on
F

I also use the music mode when i game , the game mode feels like its okay for a single player experience , but it isnt great for a competitive game such as cs go
T

Nahimic is not working. When I start it I get the error "No Device" and when clicking "No Device" I get this page: 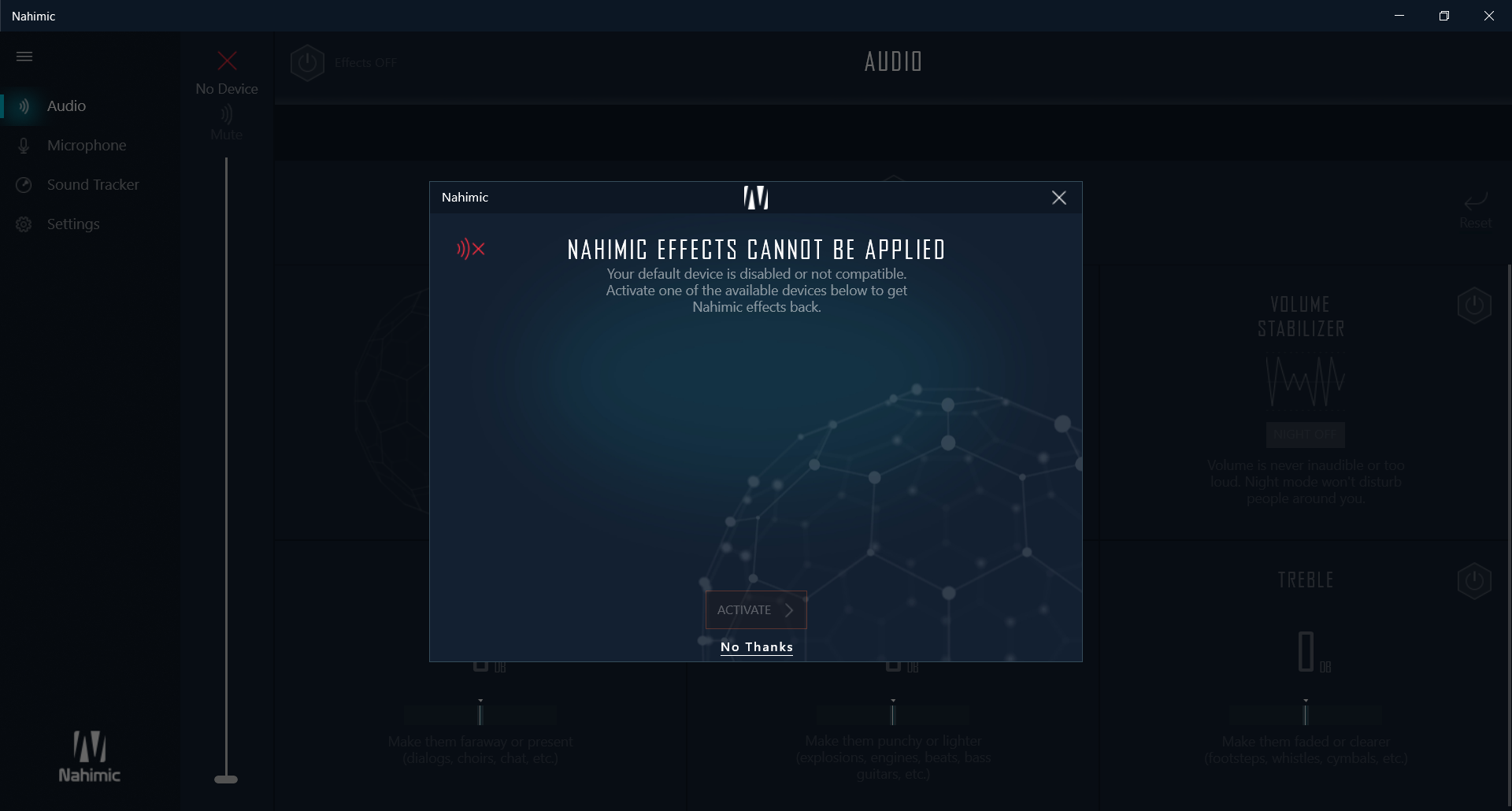 Activate button is not clickable. This happened after I reinstalled Realtek and Nahimic programs to try and fix staticy sound on MSi GS63 8re Stealth Pro. I tried installing Nahimic from FAQ: Notebook has static and popping abnormal audio noises but it didn't install. the Realtek installer included in that download worked though. I had to install Nahimic from the Windows Store instead.
T

I tried Nahimic sound on PUBG and had no luck with it.  it really became just an annoying thing on my screen
P

Nahimic is not a good program. In the game "Alan Wake" and in the game "Final Fantasy XV" the sound crash with Nahimic.
M

Thanks for the tip
S

franklynadesanmi date=1550755271 said:
Exactly. However, I think Pubg developers are able to track this information using the official Tencent emulator to run Pubg mobile on Windows and Mac devices.

Is that true? How can i use it for pubg tencent emulator?


I opened nahimic sound tracker and turned on this option.  then i opened cs go and i cant use it, no sound tracker circle at game. why?
Click to expand...

hope this works. Thanks!
M

I think that PUBG will banned users who will play game with using Nahimic sound tracker. Because the hardest part of the game is to detect where the sound coming from am I right ?
This program is telling where the sound comes from I think that it counts as a cheat.
Share:
Facebook Twitter Reddit Pinterest Tumblr WhatsApp Email Link
Top