It's an option in the Cell Menu. I know the option isn't present in bios v1.2, but it is in v1.6. When it is on auto I just change to the next and previous setting to determine the auto setting in volts. I can see the direct changes tot Ref0 and Ref1 when I change vtt and the result is the same. Ref0 will be about 63% of VTT and Ref1 will be about 66,5% of VTT.
J

Same here if I do the same thing in BIOS, however, left on AUTO, Green Power Center will show identical values.  What I am trying to point out is, that checking the settings in BIOS and inferring from the setting that comes after AUTO what the AUTO setting looks like, may bring you on the wrong track.
R

Ref1 percentage is slightly off, could be my memory, but I also tested with higer/lower vtt, so I could have made a mistake when calculating.
VTT on auto should be 1.2 and one step higer is 1.21 and  one step lower is 1.19. It is not certain until checked with a multimeter but I all does seem to be logical...
M

Did anyone ever get any improvements changing gtl ref volts?

Particularly on a dual core.. is GTL ref 0 for data and ref 1 for addresses? What does this mean and what O/C settings would you recommend?
I

Im new to overclocking and trying to learn this.     SO far my attempts have been failures

Im trying to understand this   ax b= c    formula

also It looks like my board has the 2  GTLREF references.  One for each die.  It also has a MCH GTL Reference. Sorry noob asking, is there GTL setting in chipset P55?

Not sure.  As far as I know it's FSB/GTL and QPI/DMI.  Should still be reference voltages options.  Unsure about GTL specifically.
D

Sorry for digging this out, but I have a few questions regarding this topic.

The Reference Voltages are set in absolute Volts, depending on the VTT and the factor from above.


So far I noticed that there is a relation between NB Voltage and VTT.
The higher the NB Voltage gets, the higher the VTT has to go up in order for a basic amount of "stability". (Boot to Windows and don't freeze on the desktop without load within a few seconds.)

First I left VTT, CPU GTL and NB GTL on Auto, but with VTT on Auto I didn't manage to get to the Desktop anymore without the system not POSTing or simply freezing somewhere on the way.
So I increased the VTT beginning from the lowest value to make it to the desktop. That would be 1.214V.

1. How do I know what combination of NB Voltage and VTT is "right"?


Then I tried to play around with the GTL Voltages for a few of the "better" VTT values (that went close to 20 minutes) but two things seem strange to me:

2.1. From what I read in OC guides, the CPU GTL should be between 61...68% for Wolfdale Dualcores, depending on where you look. Some say it should be equal to the NB GTL which should be at 67%. And then you can read that the NB GTL should be more important than the CPU GTL, but I couldn't find any specific values for it, apart from the 67%.

First I thought I mixed up CPU and NB GTL, but I am pretty sure it's this way and not the other way around.

In order to find the right GTLs, how should someone start?

2.2.1.
My problem:
Since my VTT isn't stable without adjusting GTLs so far, I can only guess what VTT would be a proper base value for testing.
Then I picked one Prime95 Large FFT lenght that caused the fastest errors for me (672k) and let it run, while setting NB and CPU GTL both at once.
Since I have my CPU multiplier on the lowest setting (6x instead of 8x) and the CPU Voltage is sufficient (Prime Small without errors, freezes or BSODs), can I leave the CPU GTL on Auto and purely concentrate on the NB GTL? Or do the interfere with each other and both have to be on spot at the same time?

2.2.2.
The second problem:
I read that you should start with one value x and note how long Prime takes to spill errors / freeze. Then you move in both directions from x (x+y and x-y) and see if the errors / freezes appear faster or slower. With that in mind you see in what direction you have to move and when you get to the right value.
I am not sure if they mean full Prime Large runs with this or not. But I tried it purely with 672k and thought that it would last longer once I get into the right direction.

The problem is, that it appears to be completely random how long this single test runs. If I use the same GTL voltages and let the same test run twice with the same settings, it can happen that it runs for 40 minutes before producing an error in the first run and in the second run it fails after 3 minutes. But if it's completely random within one test and let it run in Prime Large for some amount of time, how would I know if it failed at test #4 and not #3 because it got better and not because I simply got lucky?
In my current understanding, even there I couldn't say for sure if adjusting the GTL +y or -y was good or bad since it could be somewhat random aswell.

I am not sure wether or not there are still people around here that read this and are able to help. I hope there are. Help is appreciated, thank you very much. 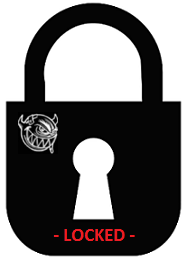