Your target the fans to turn off at idle? If so, set fans "Auto" then test again.
G

That's normal, fan can't be set to off when custom fan curve is used.


godelda15b802e3 said:
There's no "Auto" value in Afterburner Fan setting, only Default which is the same, I think.
Click to expand...

It not possible to do not have "Auto" 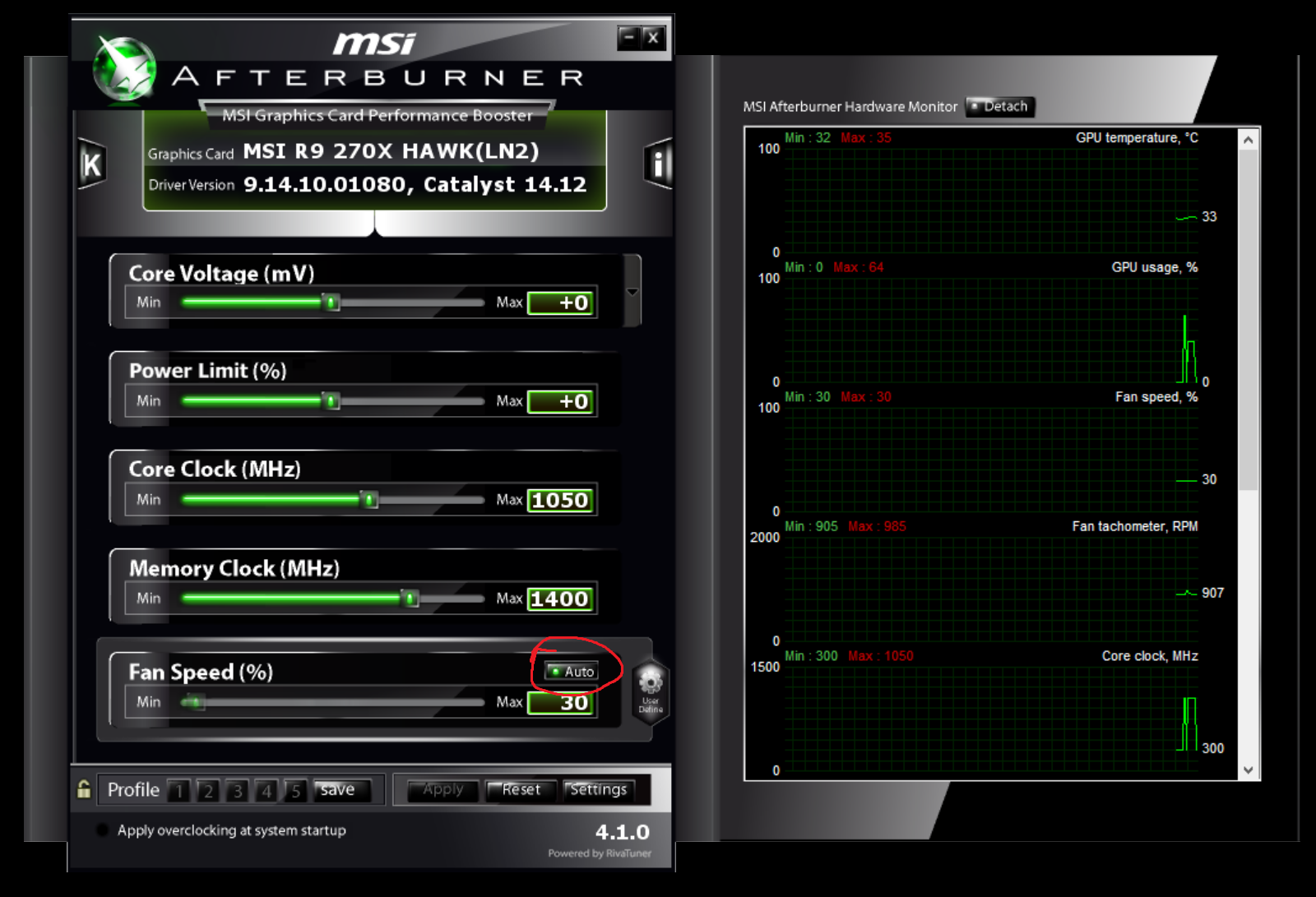 Oh, I haven't noticed the "Auto" button, thanks.
Result is the same when it's turned on, though.
The minimal value on a Fan Speed slidebar is 29% on my screenshot. Does it mean that it couldn't be set lower that this?

Found something called "Zero RPM" option by searching the internet. Only forums posts, not GPU specifications so I cannot be sure.
But it seems legit that VENTUS GPU does not have this option since it's the cheapest one.

Also the feedback on this feature is quite controversary.
From one side, it sounds good to let the fan rest sometimes, but from the other side, shutting the fan down and starting it over continuously may be worse than consistent spinning.
The speed of 1000 RPM still seems high for me.

I just double checked that GPU: