Great graphics on the MSI nightblade X2B , you guys should try it out.

But the HTC vive controllers don't work, you need an Xbox controller with VR settings.

You can make youre own levels!

This is because VR implemetation is not 100% complete as using the HTC vive controllers.

Colorations are well matched and gameplay is great.

The controls are a but awkwards at first and took me some time to figure out how to use it in the VR environment, but once adopted, its great.

You get a couple of themes , house interior and polar bear type style.

Infinite Minigolf may be a bad name, but it?s a potentially accurate one. Zen Studios? follow-up to forgotten PlayStation 3 putt-?em-up Planet Minigolf is packing some nifty cross-console features, meaning that its pool of user generated courses can be accessed regardless of your system of choice. This means that you could, effectively, find enough content to keep you occupied for eternity ? but will all of it be up to par?
The answer to that is obvious: no. Already the title?s servers are plagued by low-effort layouts, so it?s going to be imperative that the good stuff gets properly promoted by the title?s in-game Course Browser. The good news is that there?s potential there: it?s easy to make a decent design ? a little imagination is all that?s required ? and the core golfing action is up to snuff. Plus, this particular package looks amazing with HTC vive.
We must stress: virtual reality is not required. The game can be played in its entirety on a standard television setup, and it looks great ? but should you own Sony?s luminous headset, then we?d strongly recommend you put it on. Playing with the PlayStation 4 Pro this is one of the cleaner PlayStation VR experiences you?ll find, and it?s yet another example of a third-person experience working effectively with the accessory.
There are three environments in the game: a Toy Story-style boy?s bedroom, a Nightmare Before Christmas-inspired graveyard, and a festive winter wonderland. Each location is small but beautifully detailed and vibrantly coloured, with lots of moving parts and themed objects that can be used in the Course Editor to create attractive stages. There are unique mechanics in each, too, spanning everything from quadcopters to giant yetis.
As that last sentence should suggest, this is fantasy golf ? and rightly so. Power-ups can be picked up across the courses, and used to launch your ball into the air or even take control of it. As such, many of the pre-designed holes play more like puzzles than true tests of your golfing ability ? you may have to pair power-ups in certain ways with the right timing to pick up all of the collectibles on a course and maximise your score.
To be fair, there is a lot of complexity to the scoring system, which takes into account ricochets and the like. It means that riskier play is rewarded, and it encourages creative course design. Outside of the user generated content are 12 pre-designed tournaments which can be tackled across three difficulty tiers. These should give you some good ideas for your own levels, as they demonstrate how different power-ups and objects can be paired.
But it really is that Course Editor that?s at the beating heart of the package, and it?s pretty intuitive to use. We?re big fans of the complicated, multi-part levels that can be completed in one stroke ? and so that?s exactly the kind of stage we embarked to create. An hour later, we?d put(t) together a course that delivered the exact type of gameplay that we?d envisioned without too many headaches at all ? we even built it in virtual reality.
And it?s easy to find this level. User generated content can be served up across a multitude of modes, including local and online multiplayer, as well as Quick Play, which basically just tosses stage after stage at you. Unfortunately, this is where the clangers are most prevalent, as we?ve had to deal with some truly lazy layouts thus far. Fortunately, working in tandem with a full rating system, there?s a more in-depth Course Browser designed to help you filter out the duds.

Whichever mode you play, you?ll do so in service of a tangle of levelling options. Progress across various facets of the game helps level up your profile, unlocking new cosmetic items for your cartoony male or female character to wear. But you?ll also need cards ? unlocked via in-game sticker packs or general progress ? to purchase these threads. It?s all a little too convoluted for its own good, but at least there?s something tangible to work towards.

Infinite Minigolf provides the tools needed to cultivate an endless arcade game ? it just needs the algorithms required to ensure that its one you?ll actually want to play forever. The core golf here is fun, and the pre-designed courses show that there?s potential for some great puzzle-like levels. It?s now down to the imagination of users to wield the title?s intuitive Course Editor to create some high-quality stages ? and the title itself to ensure that they get promoted ahead of the inevitable procession of low-effort Bogeys.

Gold mini because you are a mini character playing a mini put game. Just sound funny. 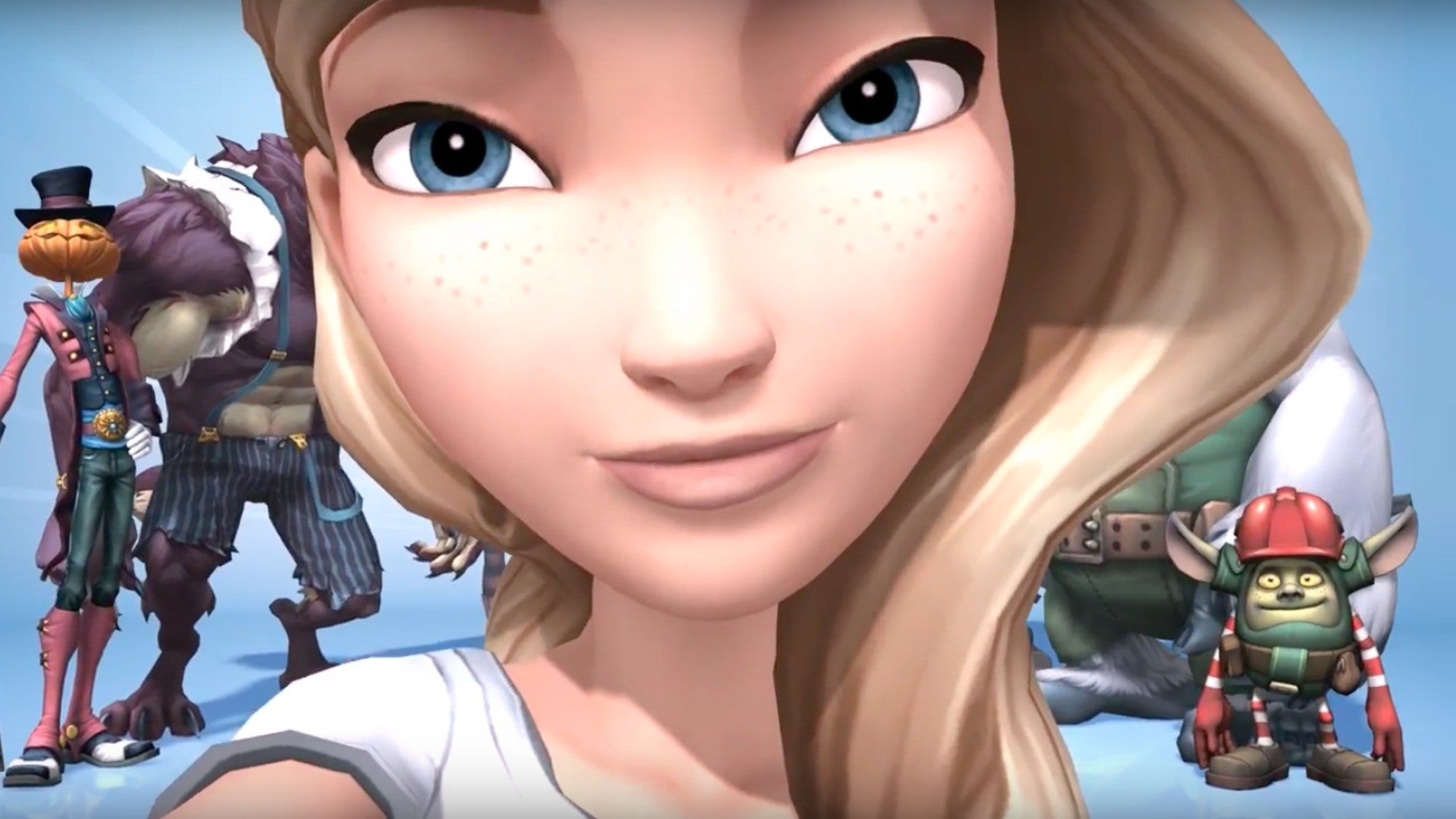