A few months ago MSI was running a promotion for it's GV series of laptops on the online Shopping site Flipkart. During the sale I bought the GV62 VR 7RF model at a hefty discount of ~650$ totalling to 1250$ which is a pretty sweet deal considering the fact that it is equipped with a GTX 1060 card. In this post, I will share my unboxing and usage experience so far. I've tried to cover as much as possible, please bear with me for the detailed post. 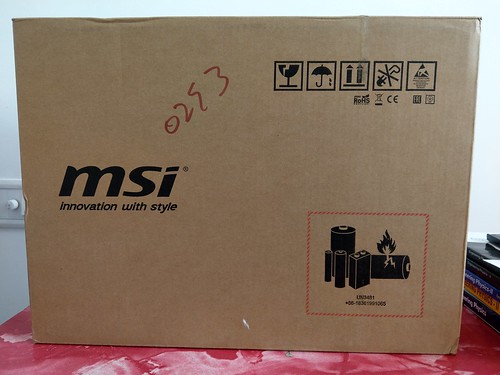 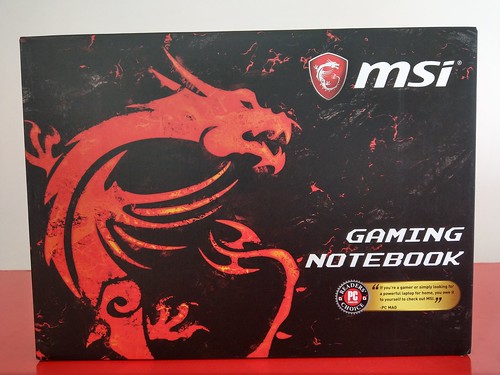 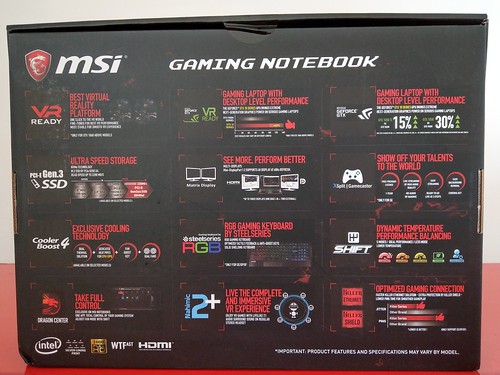 The laptop was delivered in a day and came wrapped in a neat and secure packaging. 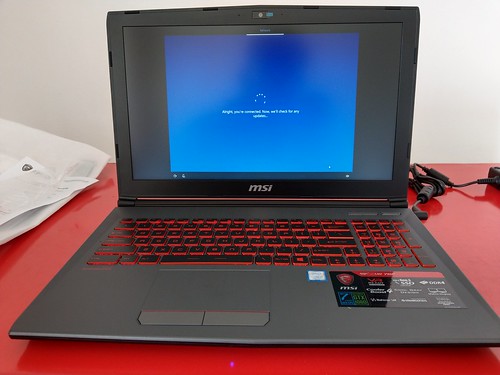 Cool gray design with brushed texture. Although the build quality could have been much better, I won't say the current one is worse. It is good and I like the fact that the display and the whole plastic is matte making it easy to clean with a simple microfiber cloth. My previous laptop had a glossy finish and it was a pain to maintain it. 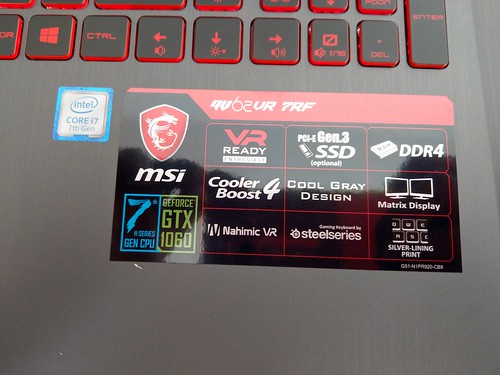 Specification sticker. In terms of power, this laptop is well equipped with excellent internals. I'll give a short rundown below,
What's Missing ?

I like the fact that MSI hasn't cheaped out on the internals except for the battery. They've used some very high quality components as I'll explain further in my SSD and HDD tests. The battery capacity and standby is a letdown for many, but hey, you have to cut corners somewhere to save costs and I guess MSI went with the battery. I am not complaining much since I mainly use it as a desktop replacement for gaming. 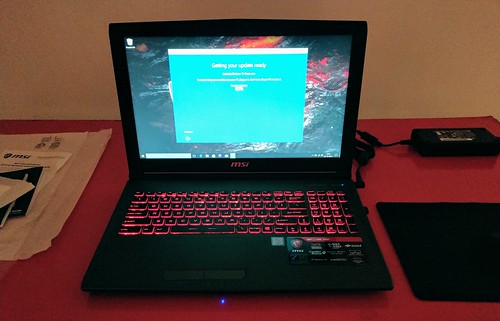 Checking the brightness of the backlit keyboard in low light 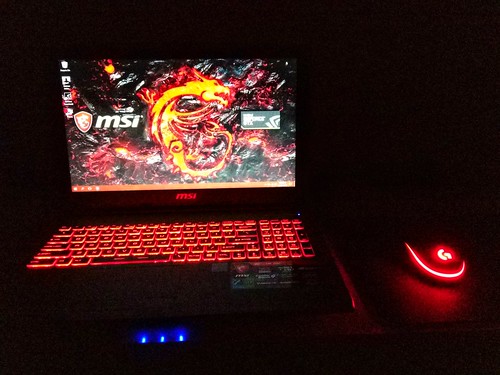 It's a light fest when the lights are off 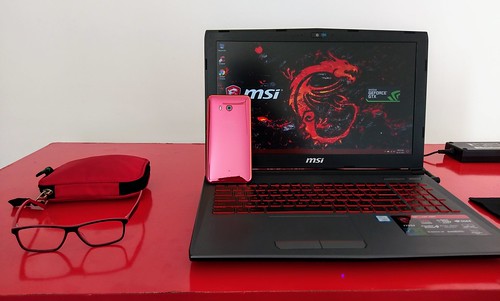 Going with the whole red and black theme

The Core i7 7700HQ is found on almost all gaming laptops from 2017 and is pretty much a standard and well established processor. Performance from the get go is smooth, I've applied the meltdown and spectre patches from MSI by updating the BIOS and still performance hasn't gone down much. Thermals are good under normal to high load and under intense load can reach as high as 92 deg C ( measured at 50% CPU usage while running GTA V ). This is with the Cooler Boost option on and No OverClock. The 16GB DDR4 module from Hynix performs pretty well and under idle load is 16-18% full.

The Nvidia GTX 1060 is a powerhouse and runs most games at 60FPS in 1080p. Sometimes, I have to turn on VSync to limit it to 60 FPS. Would have loved if the laptop was bundled with a 120Hz refresh rate, 3ms response time screen for more fluid visuals. I'll cover more on the performance of the GTX 1060 in this laptop in my gaming opinion posts.

Display and Audio:
The display calibration is good, although I don't intend to use it much for photo or video editing. My main purpose is Gaming  and it serves well. Viewing angles are good and I am not worried that it doesn't have an IPS panel. I don't like people peeping into my PC .

Sound output from speakers is pretty good and is downward firing at an angle from the front. I use headphones most of the time and find it very good, the jack has a dedicated amp and the sound card supports 192Hz, 24 bit audio. The headphones I use are Hi Res certified ones which come bundled with the HTC 10 and are capable of 192Hz, 24bit audio. The Nahimic software works well and provides good sound tracking and stereo effects.

Networking and Storage:
The Wired Killer E2400 controller and wireless Intel dual band AC 3168 controllers are pretty fast to connect and the ping times are also good. Pretty much standard fare here and they perform well.

Moving on to the storage options, the SSD is pretty fast to boot. Windows loads in less than 5 seconds. Boot times are between 4.4 to 4.7 seconds most of the time. I ran CrystalDiskMark after removing some pre-loaded MSI bloat and got some good benchmark scores shown below, 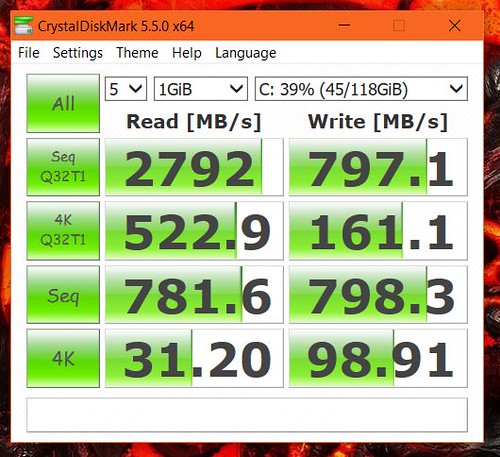 Application load times are pretty good too, loading everything in almost an instant with no lag.

The HDD, though 5400 RPM is pretty fast and offers plenty of storage for my games and multimedia content. Shown below are some CrystalDiskMark scores, 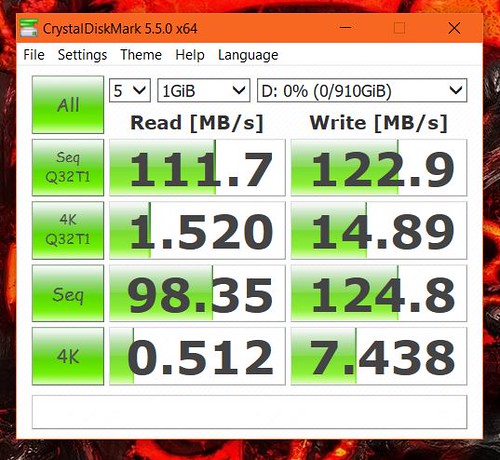 The thing that I like the most is these drives are pretty reliable. Hard Drives from HGST have the lowest failure rate and a quick Google search for HGST hard drive reviews proves this, like this article HGST drives top Backblaze HDD reliability report again, surpass Seagate . Good job MSI on using some high quality components

I also ran a benchmark using FlashBench to test the USB 3.0 speeds and they seem to be good. 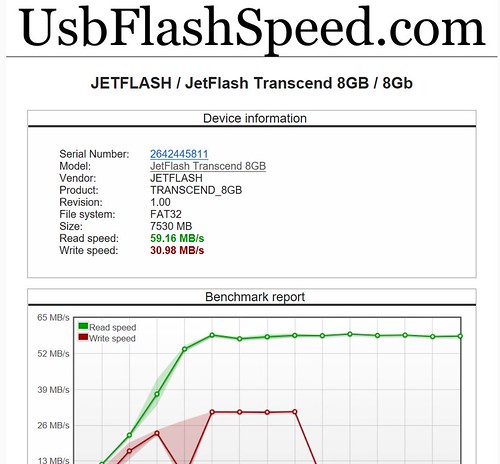 The keyboard is from SteelSeries with a good 1.9MM of travel. Typing experience is great, with support for Hotkey functionalities and red backlighting( Not much of an RGB fan ). The trackpad is good, but I hardly use it as I have a Logitech G102 gaming mouse to fulfill my gaming needs. Thermals are excellent under average to no load, but can get hot at times when under extreme loads. This is solved by the press of a button which activates cooler boost to bring down temperatures.

Now, coming to the biggest letdown for many, the battery. It's a 6 Cell 41 Wh embedded unit( to access it you will have to remove the back panel ) and with normal usage lasts for 2.5hours, which is nothing to write home about. I've never gamed on battery, but reading from other's experiences it seems to last 30-45 minutes of an intense gaming session. Like I said earlier, I've bought this as a desktop replacement and I am not worried much about battery life.

Finishing Words:
All in all, this feels like a good investment for the price I paid and hope it runs future AAA titles in High settings at 1080p60FPS. Thanks for taking the time out to read my review

I am having fun so far

The GTX 1060 is a pretty powerful and potent card.

Yup, agree on that. Not a deal breaker. No one uses CDs these days, and I am happy that I have one less moving part to worry about

. But some people do consider optical drives while making choices for a laptop, so included for them

. It really was a cost efficient deal when it went on sale. It's out of stock till now. Seems MSI had limited stocks of this laptop and have sold it all.
D

Agreed. Have fun with your future MSI device, neomatrix

I'm pretty impressed with the GV62VR 7RF.
The main highlights are the GTX 1060 GPU and the speakers.
F

GTX1060 is really capable of dealing with most of the games right now on the market>
Have fun!!
A

Thanks all for the kind comments

Have an update to share. So, about a month back, one fine day when I powered on my laptop, I found that the drive D representing the 1 TB HDD had disappeared. So I tried rebooting to fix the issue, but to my surprise, the laptop now won't boot at all. Tried a clean windows install to see if it would fix the issue, but the issue persisted still. Googling around for hours and some research, I came to the conclusion that the Mechanical HDD had failed.  So, I decided to go to the MSI authorized service center the following week to get the laptop checked and also change the HDD with SSD.

Thankfully, Amazon was running a sale that time and ordered a 500 GB Samsung 860 Evo  SATA 3 SSD and a 250 GB Samsung 970 Evo NVMe M.2 SSD. Got it within 3 days and went to the MSI authorized service center for fixing the issue. As suspected, the HDD had failed and was sent for RMA. Was charged 350 INR for installing the SSDs into the system. The Engineer at the service center was very receptive and did a damn good job. He cleaned up both the fans and also replaced the thermal paste for the CPU and GPU which had been dried up. Now the laptop runs much cooler and way better than it was on day one

Got the replacement HDD which was a WD 1 TB drive. Made it as an external HDD using a Transcend HDD adapter having USB 3.1 which I bought along with the SSDs in the amazon sale. Now my laptop runs way better and has no moving parts except for the fans 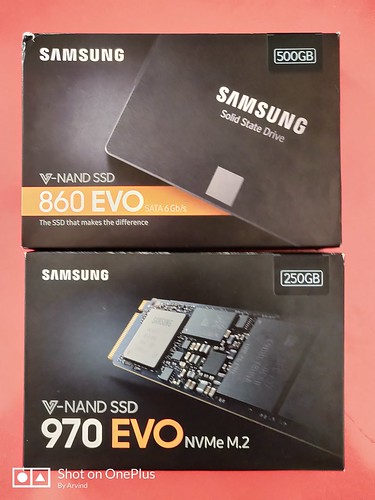 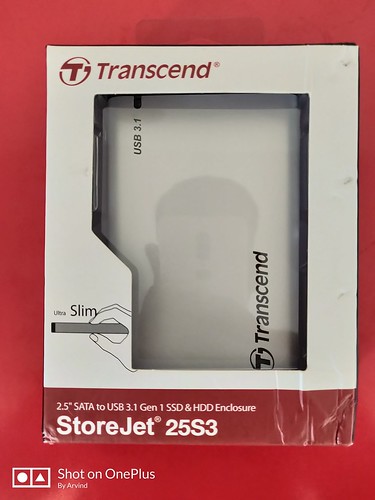 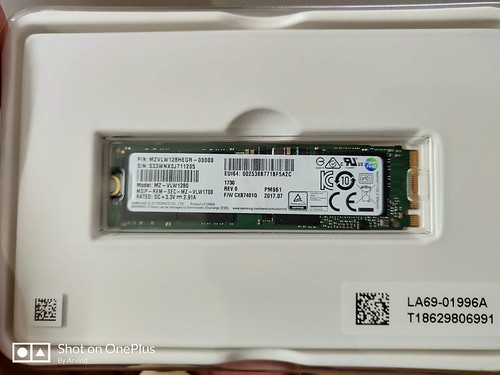 The 128 GB NVMe M.2 drive that came with the laptop, it's a Samsung PM 961 component and is solid 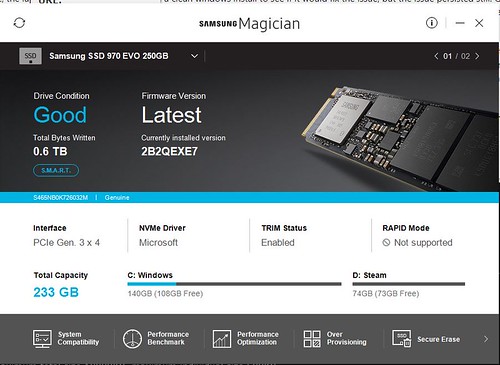 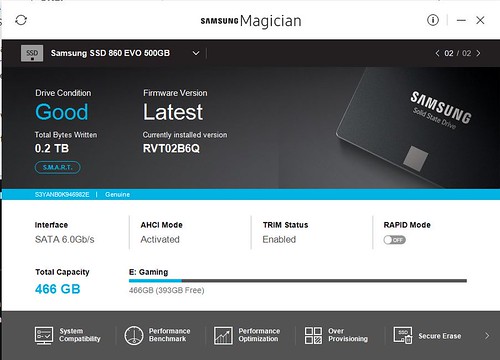 Samsung provides a nifty SSD management tool called Magician using which you can monitor the SSD health, check the temperature, TBW and also benchmark the drives. 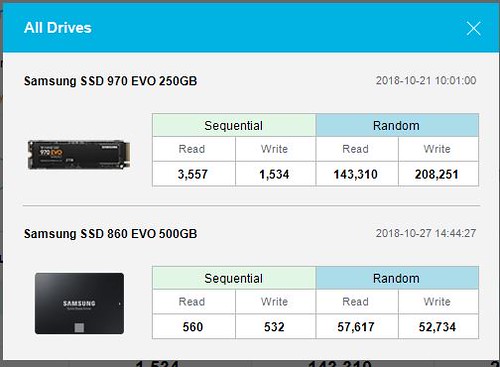 WOW!
Nice to see you update this post!
And you're really a big fan of MSI!!
L

I really liked your review and how you are keeping it updated. I love to follow the whole history behind the computer and how it behavored with time.
If this isn?t to much to ask, could you record your fan noises? I am having trouble with mine and wondering if this is it?s normal sound:
https://forum-en.msi.com/index.php?threads/311884
You can hear the rattling at 0:50 It sounds like an old DVD drive running the disc unbalanced. It is very subtle, netherless, very annoying.
Share:
Facebook Twitter Reddit Pinterest Tumblr WhatsApp Email Link
Top