[DATELINE] (TAIPEI, TAIWAN) MSI, a world-leading gaming and business computing brand, has launched a virtual event, MSIology: Gameverse, announcing their latest gaming and content creation laptops. Features include the latest 12 gen Intel® H series processors, up to NVIDIA® GeForce RTX™ 3080 Ti Laptop GPU, and MSI-exclusive thermal solutions, which boosts performance to the whole new level. MSI not only just released the highest performance laptop in the market but also delivered a series of Meta-Ready laptops to connect users to the Metaverse.

MSI Gameverse: Your key to Metaverse
MSI always focuses on the combination of aesthetic design, extreme performance, and user-friendly experience. Now, MSI unveils the vision of MSI Gameverse. No matter if you are content creators or a VR user, the latest MSI laptops are a bridge to connect people to the Metaverse. Derek Chen, MSI Notebook Worldwide Sales & Marketing Director, said that “MSI has carried out the booming demands of the Metaverse, creating a series of Meta-ready laptops.” 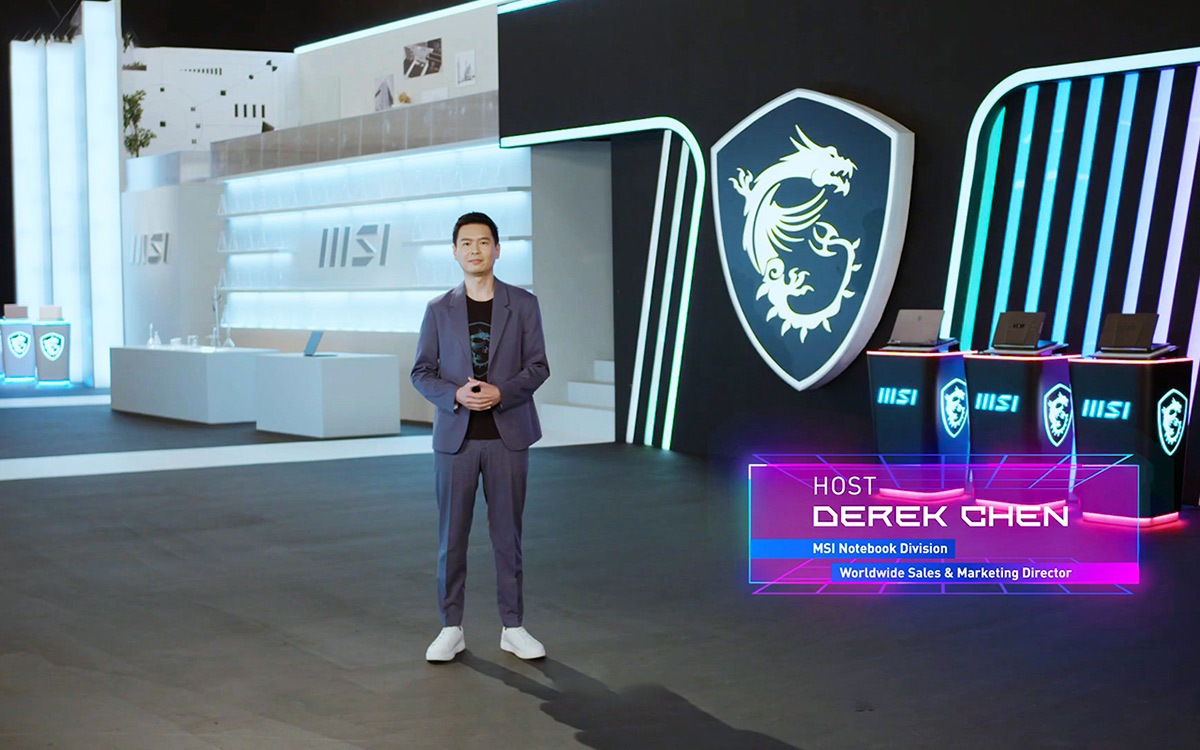 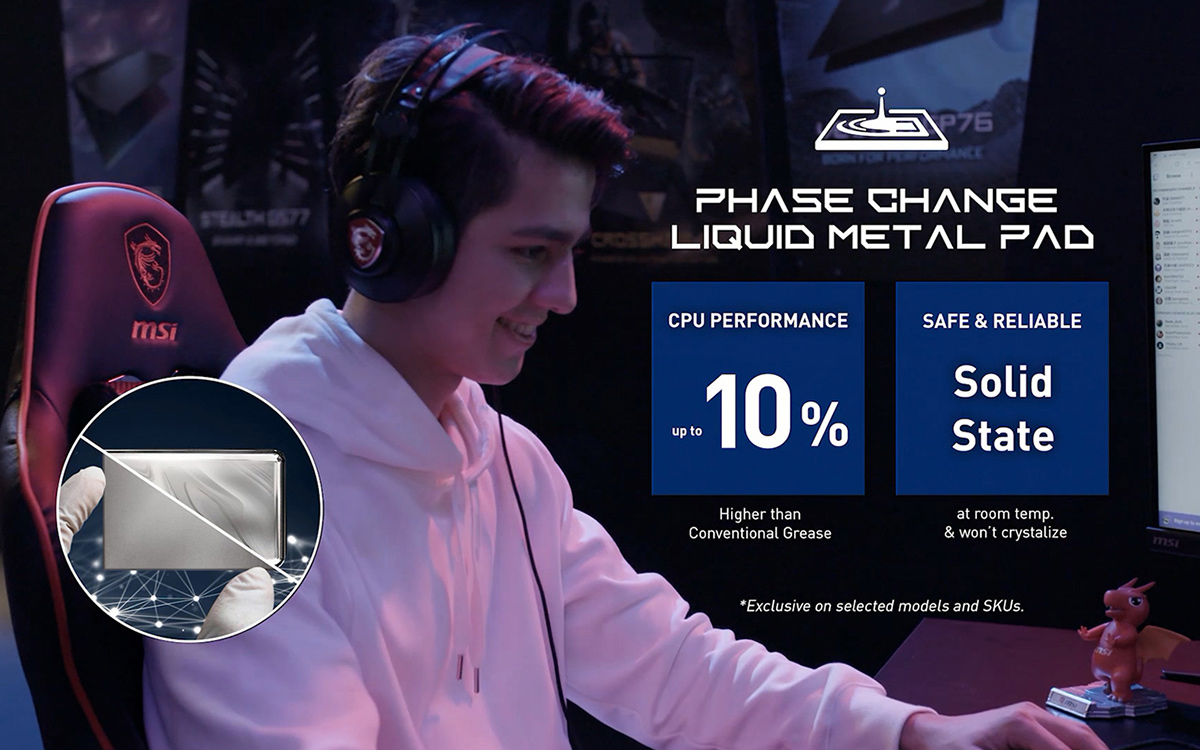 A Gentle Combination between Business and Gaming Laptop: Stealth GS77
MSI announces their new flagship gaming laptop, Stealth GS77 - winner of the latest 2022 CES Innovation Awards. The Stealth GS77 comes with a brand new design that shifts the hinge towards the middle and uses more robust materials, resulting in two times the durability compared to previous models. Walking the line between work and gaming, the Stealth GS77 packs in additional features for business use. It has enlarged the trackpad by 50% and provides 8% larger keycaps for an even smoother experience. The Stealth GS77 also comes with a physical camera lock to add an additional layer of privacy. 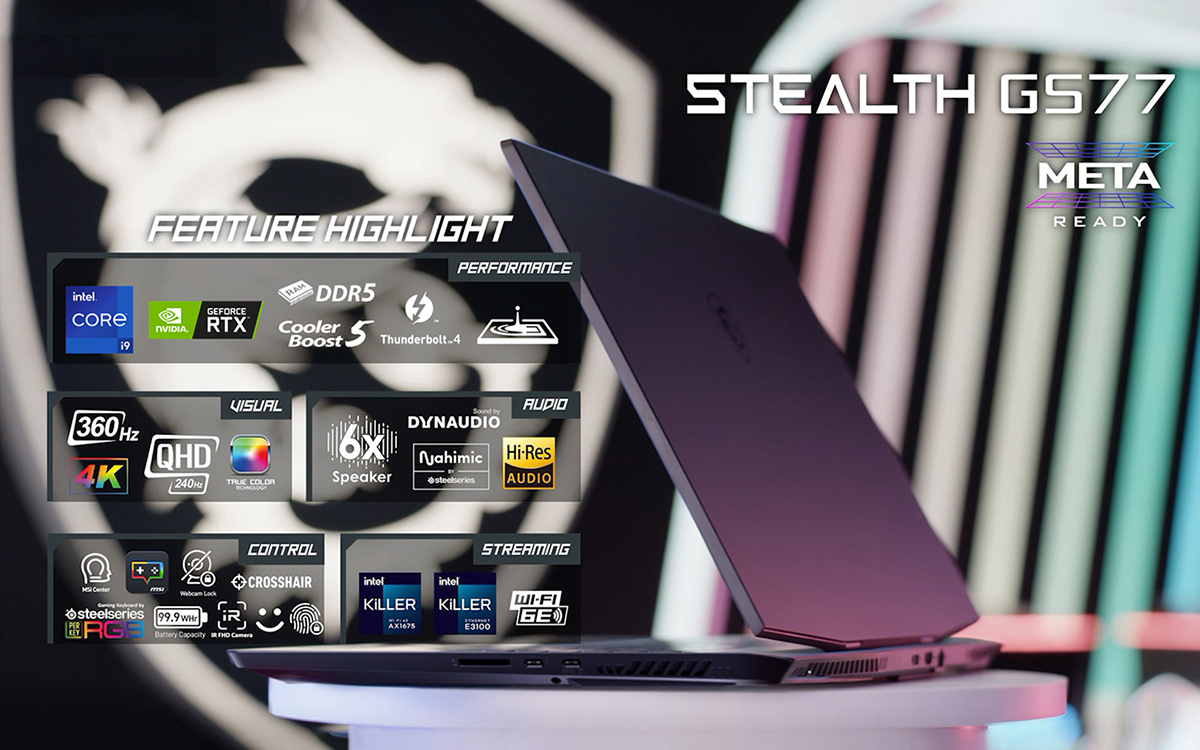 The MSI Stealth G77 is equipped with the latest 12th gen CPU and the Nvidia GeForce RTX 3080 Ti Laptop GPU. “The power of the Stealth GS is not something to ignore. It can race through your day and then power your gaming during the night,” said by Marc Chen, MSI Notebook Director of Product Management. 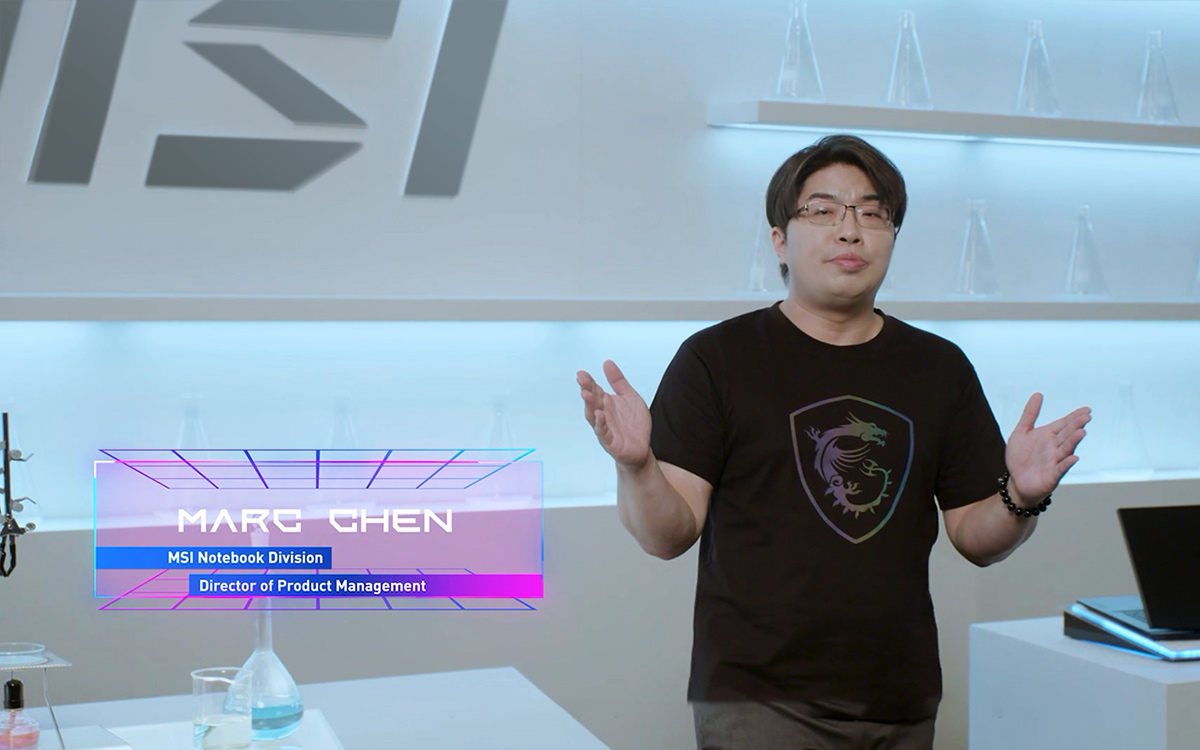 “I could use this as my workstation for my video editing, take it on the road with me for a business meeting, and then at the end of the day, play some games. It does everything I need,” said Tom Honeyands, host of The Tech Chap. 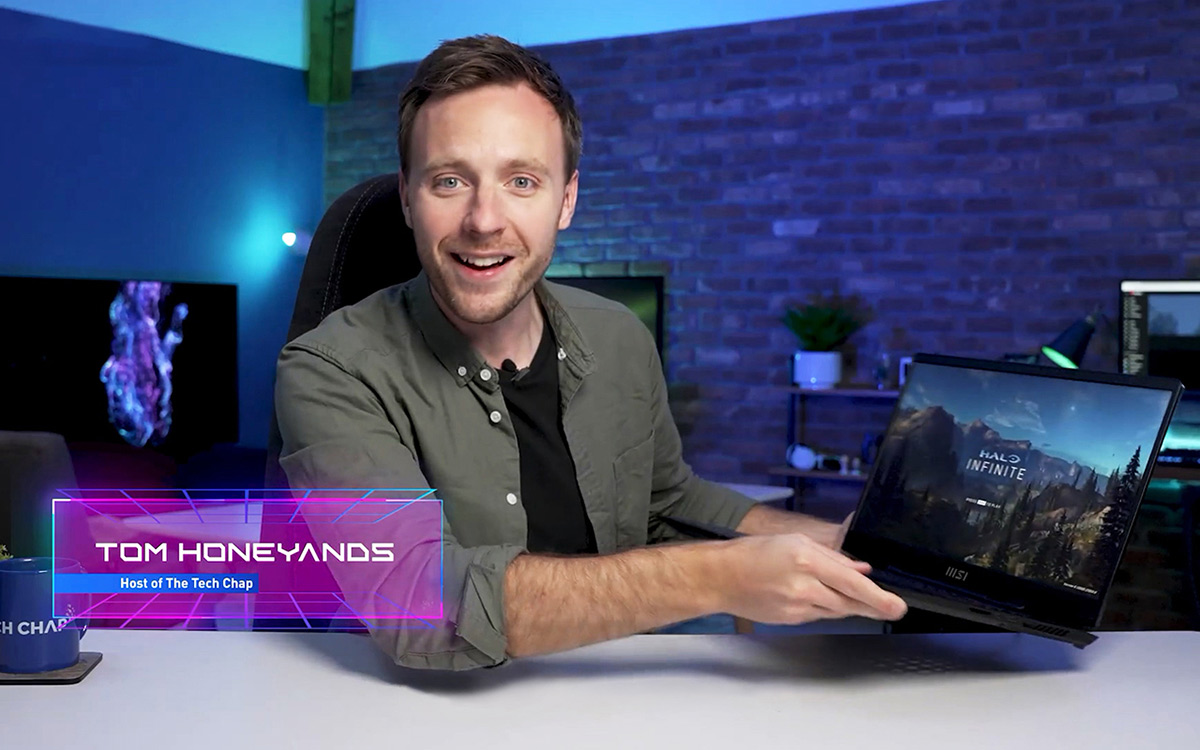 Raider GE series, the Performance Beast
“When we talk about performance, the Raider GE sits right on top of the gaming industry,” said Eddie Chen, MSI Notebook Senior Product Marketing. The MSI Raider GE series not only provides the latest 12th gen i9 CPU and Nvidia GeForce RTX 3080 Ti Laptop GPU, but also equips MSI exclusive OverBoost technology, which delivers up to 220 watts in total. That is 13% more compared to other brands. 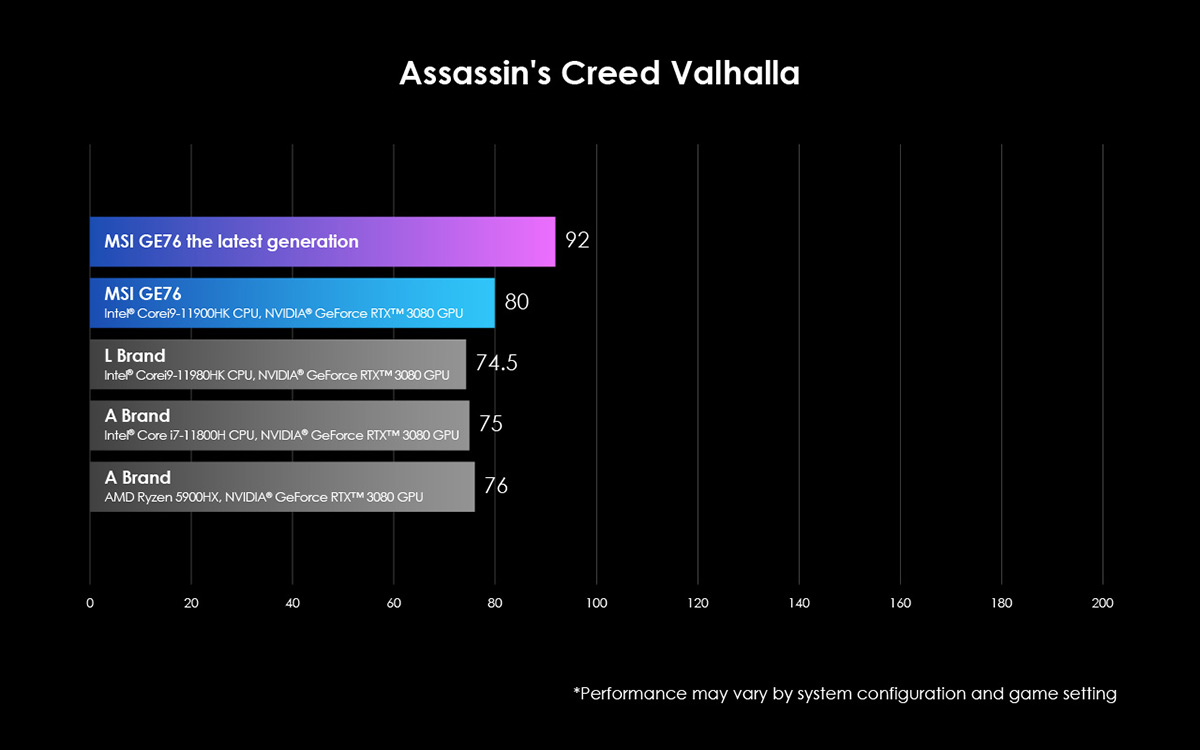 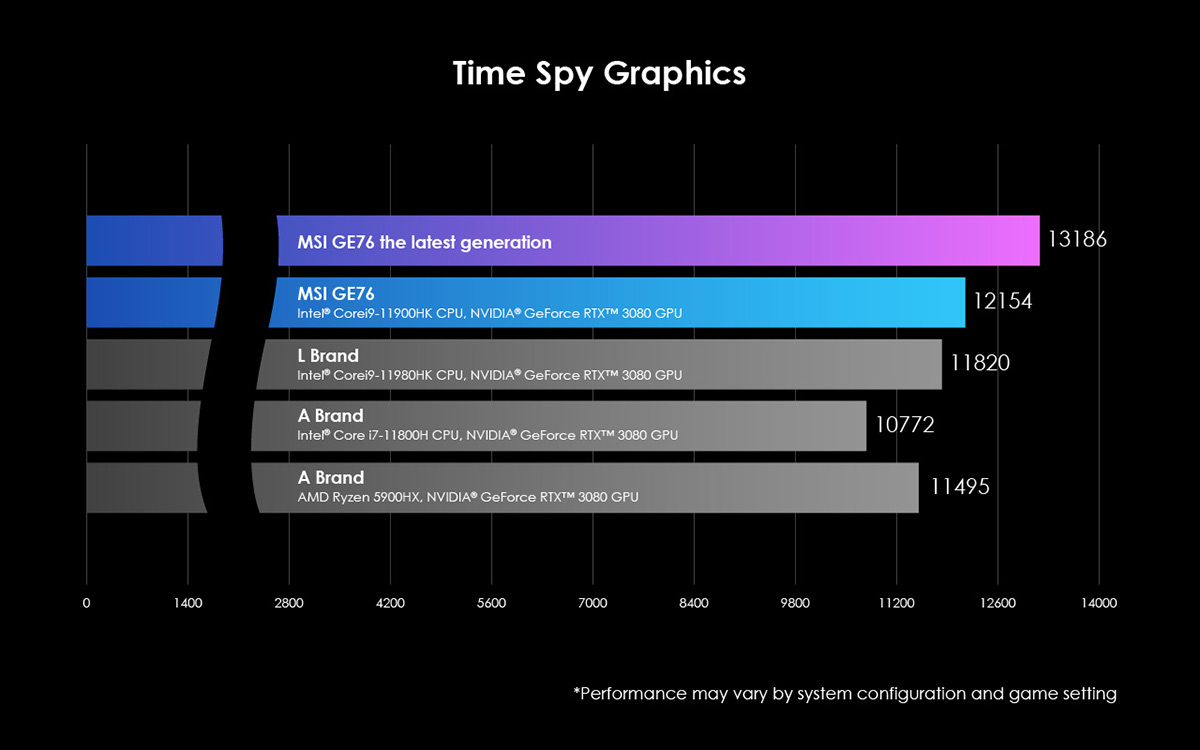 “Some laptops may feel that they are chasing the tail of a desktop PC in performance, but with the Raider GE, they stand equal,” said Eddie. 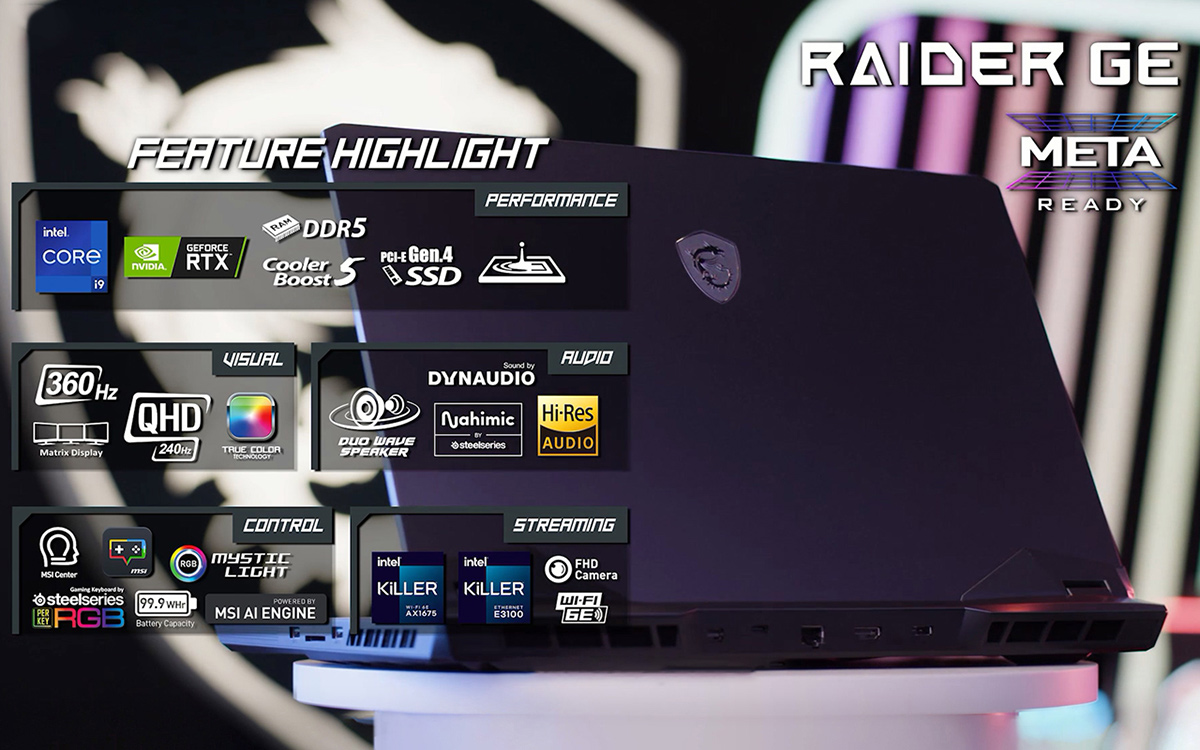 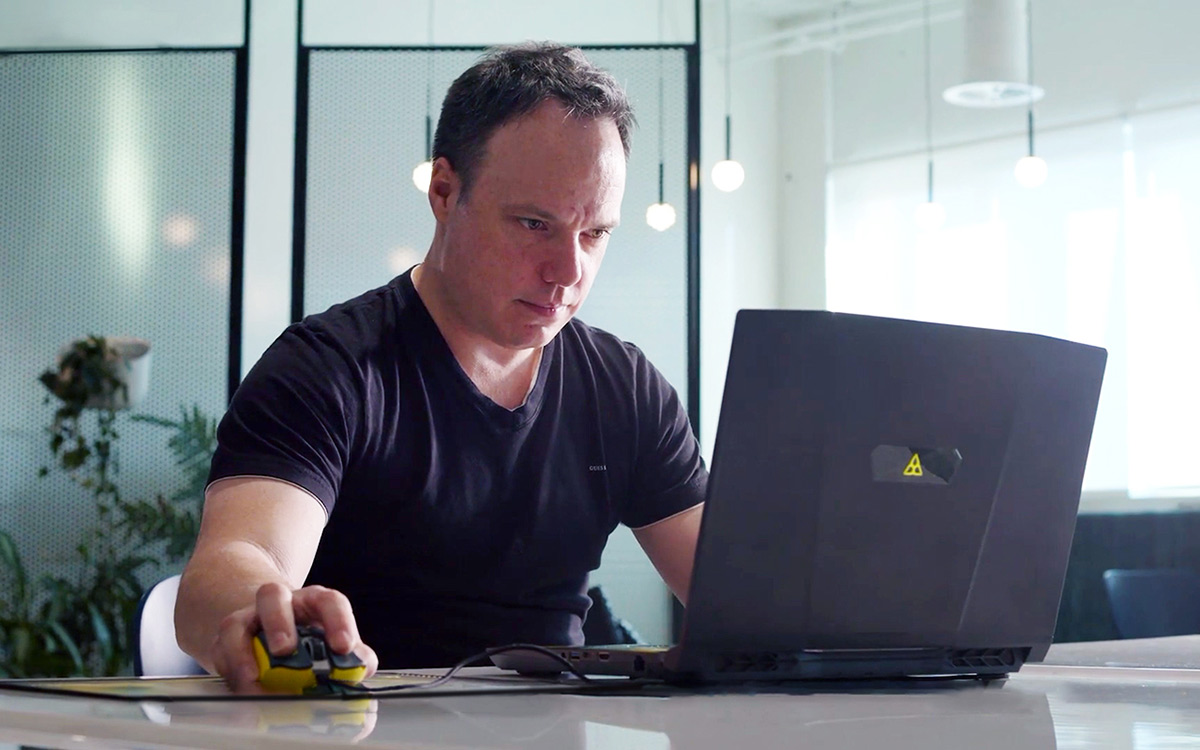 
Designed for FPS gamers, the MSI Crosshair 15 is armed with up to QHD 240Hz display and up to Nvidia RTX 3070Ti GPU, which boosts up to 140 watts TGP, nearly a 50% increase in extra power than average laptops with the same specifications. Most importantly, the new Crosshair 15 is also a “Meta Ready” laptop. 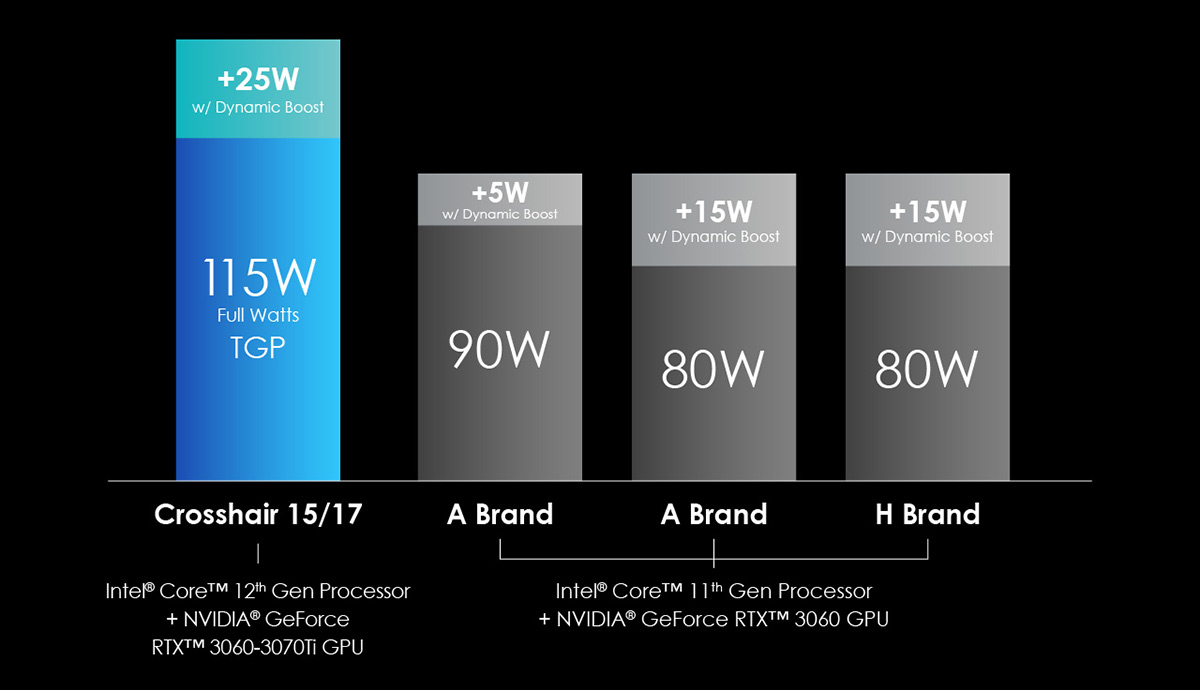 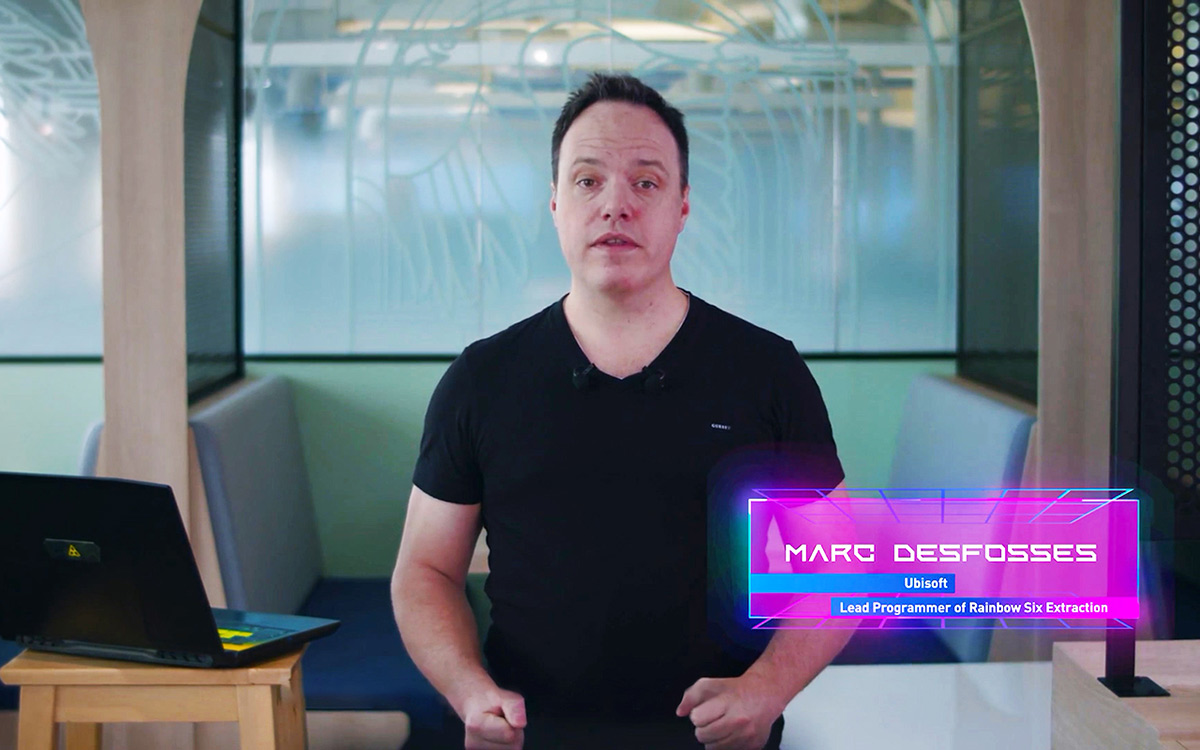 Intel is also proud to showcase its new platform during the MSI launch event. Greg Cnossen, Intel Global Consumer Sales General Manager, pointed out that the new architecture of 12th Gen CPUs have offered a mix of performance and efficiency, with up to 14 cores available in the H series CPU. “Combine our brand new 12th Gen CPU along with the thermal performance and experienced design capabilities from MSI, and you can see why we were so excited for MSI next-generation gaming and creator laptops.” 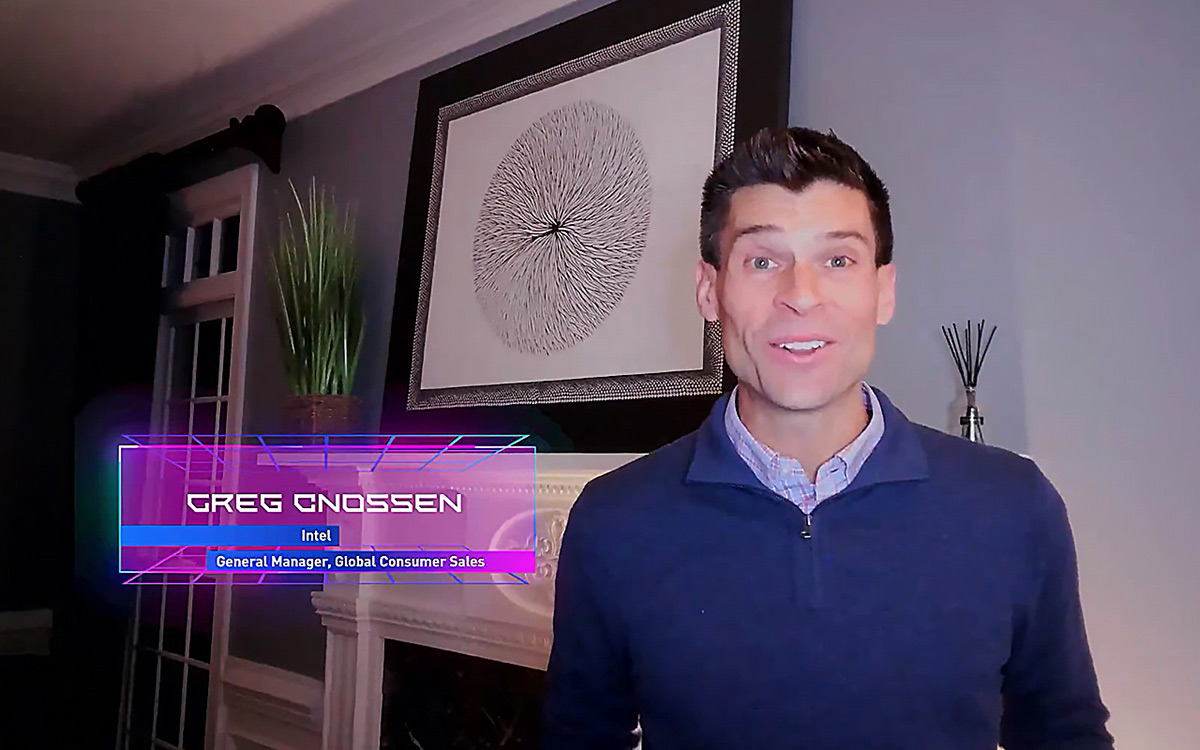 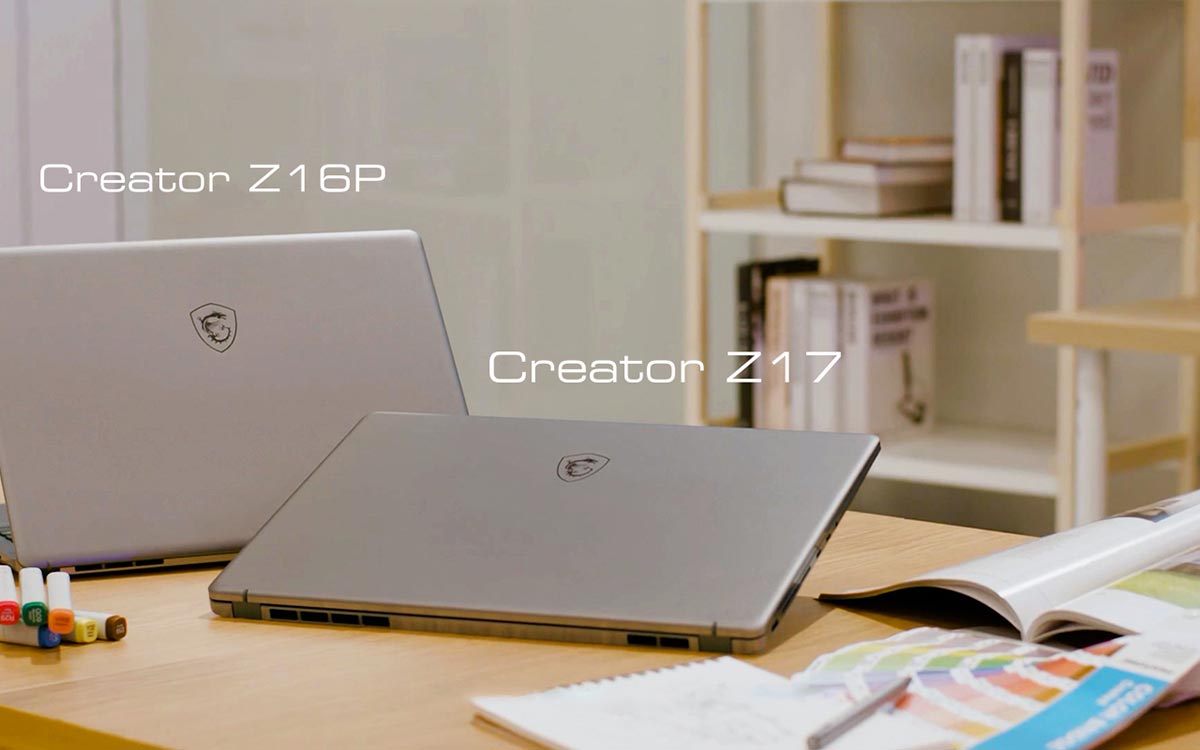 Creator Z17 also comes with a full-size UHS express card reader and supports MSI Pen - the first 17-inch laptop that supports pen-touch. Bruce Lin, the Senior Notebook Product Marketing Manager, noted that, “no matter if you’re at the coffee shop laying back and flying through your imagination, or proposing your new ideas to the team, the Creator Z17 is your perfect sidekick.”

MSI also updated their flagship model, the Creator Z16, into the Creator Z16P. It is built with the new MSI exclusive “Vapor Chamber Cooler” cooling solutions, where the cooling area is enlarged 76%, with 65% more airflow, pushing the performance up to 70% compared to the previous generation. 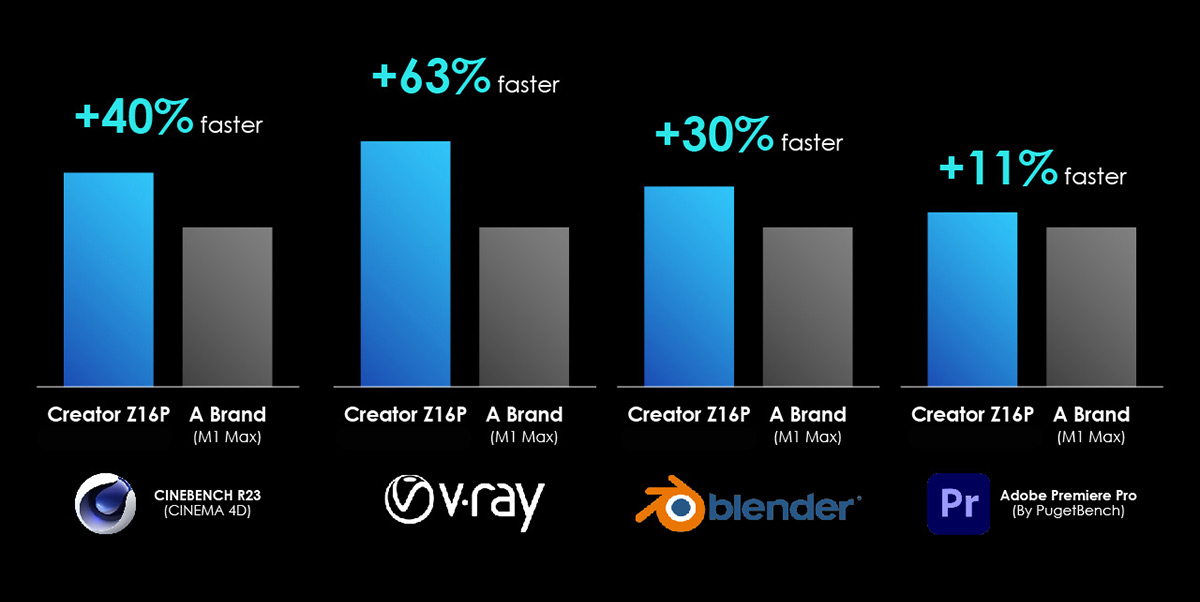 Color precision is a key for content creation, and the Creator Z17 and Creator Z16P both use MSI True Pixel technology, which meets the standard of 100% DCI-P3 color gamut and a less than 2 delta-E color accuracy. Moreover, to increase efficiency, the new Creator Series comes with the latest 12th gen i9 CPU and Nvidia GeForce RTX 3080 Ti Laptop GPU. They are also “Meta-Ready” laptops. 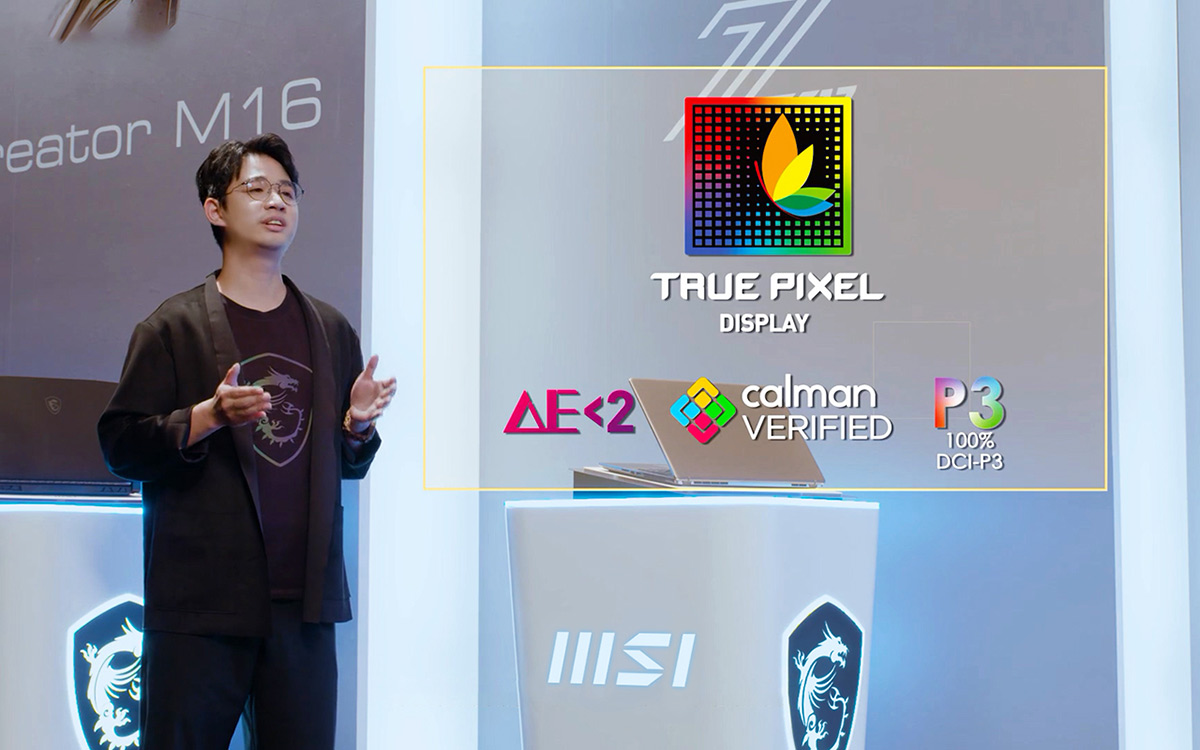 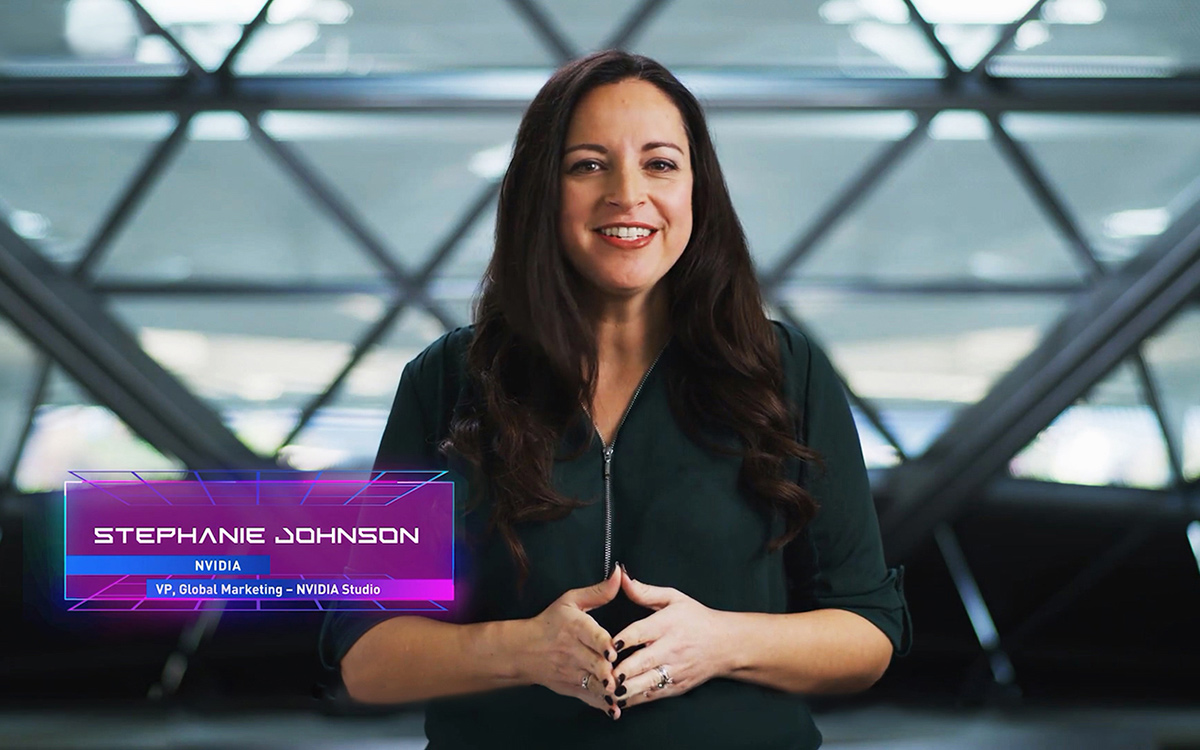 Brand New MSI Center AI Technology
Not solely focused on hardware performance, MSI also worked on intelligent technologies for a smoother experience. The latest MSI Center now provides AI modes. The new “Smart Auto” feature will detect which situation you’re in, and automatically adjust the system into different modes, getting the best experience of your laptop. The “Ambient Silent AI” feature will dynamically balance fan speed based on the surrounding noise level and give the highest possible performance while still keeping the laptop quiet.

Meta-Ready with MSI Laptops
The entire MSI Gaming and Content Creation series are fully upgraded to the latest 12th gen Intel H series processors and up to the latest Nvidia GeForce RTX 3080 Ti Laptop GPU for brand new Meta-Ready laptops. The new 12th Gen MSI laptops are your bridge to the virtual world. 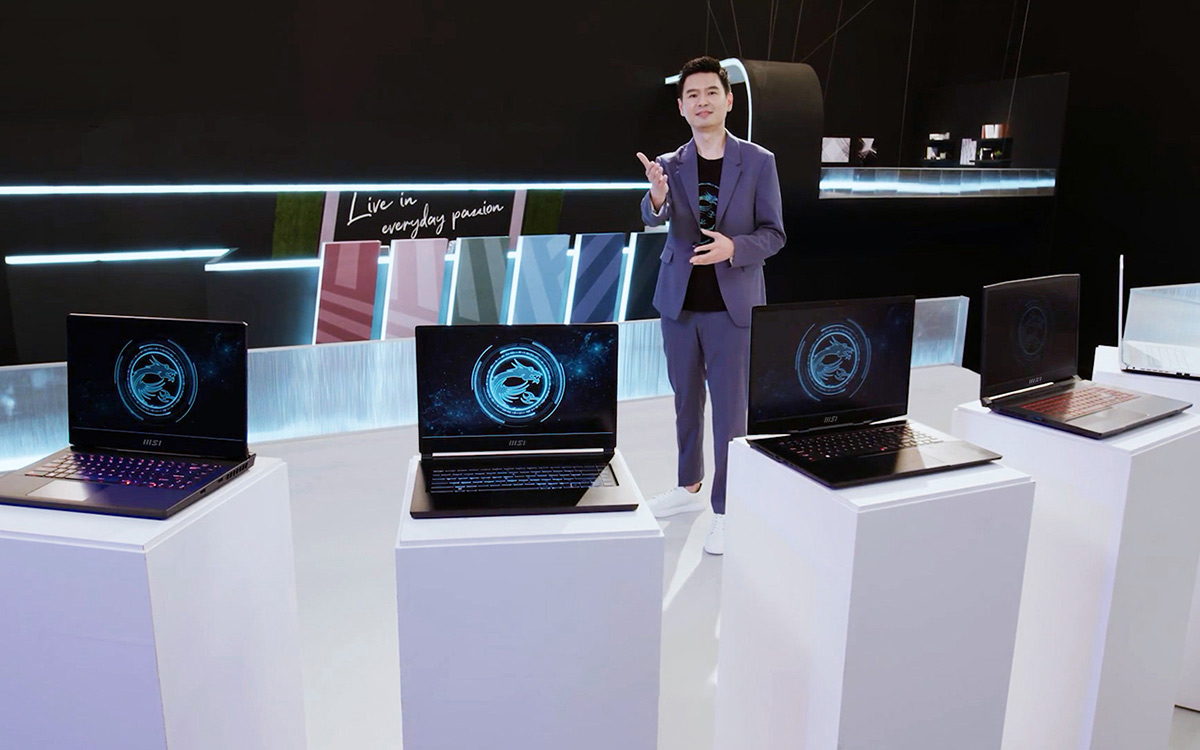 *Phase-Change Liquid Metal Pad only available for Raider GE series and Stealth GS77 with Intel® Core™ i9 processor on configuration for maximized performance.

Loving the news about big battery. Together with reliable quality control, this is high prio for me.
When is the release estimated?