I just purchased a MSI MAG B460 motherboard and I am unable to get it going. Something is wrong and I cannot tell what to look for. I thought maybe the EZ Debug leds would lend come clue but I do not know what they are telling me. I have searched the documentation that comes with the board and online and find no other documentation other than one illustration with a legend that is somewhat confusing. Is there any other documentation or pictorials showing placement and / or use of the EZ Debug leds. Such as where they are, are they different colors, what does each mean when illuminated exactly.

Hi
What exactly the problem is?
Ez debug light will get stuck on something if there's an issue with that component. It's as far as I remember separate LED for CPU/GPU/RAM/VGA/Boot issue.
Also see >>Posting Guide<<
A

Well that is exactly my point. The motherboard does not even get to POST and I am trying to find out why. All the leds on the board do light up and change color so something is working. I was trying to determine from the EZ Debug leds what might be the issue. Without more information I cannot tell what is going on.

If it doesn't get stuck on any LED then it indicates to be fine. Unless it's a faulty PSU and it's power cycling. What's the system spec?
A

Spec of the full system.
I am not conviced this PSU will run modern system fine at all.
Also interesting I never heard of this RAM brand. Is this some APAC exclusive brand? Can hardly find any info apart from amazon links..
Does the LED for ezdebug reach the "boot" LED? If you take a closer look, they all have a label.
What monitor are you using and what cable? Do you use any kind of adapters like HDMI-DisplayPort?
A

So if 550 w is not enough the what is?
Amazon is where I got the ram. It is PC4-24000 and the specs say that is a compatible mode.
Look I am 73 and do not see well. If there is printing on the board I cannot read it. Is there some order to it or is sight the only indicator?
I have a SCEPTRE 20" 1620x900 with HDMI cable in the HDMI port on the IO board. No other adapters used.

I am not saying 550W is not enough. I am saying this series from Corsair may have issues with modern systems as modern ones quickly change voltages.
LED EZdebug is in the top right corner of the board 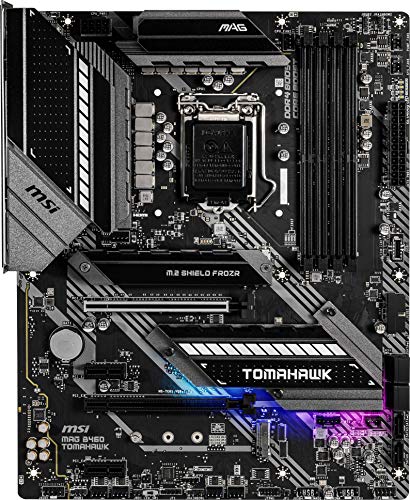 Unfortunately image quality isn't high enough for me to zoom in and tell what order the LEDs are.
Page 38 of the manual suggests the order of LEDs is (from top to bottom) :
CPU
DRAM
VGA
BOOT
A

OK, After observing the EZ Debug LEDs on power up, a conclusion can be made assuming the LEDs follow the pattern indicated in the documentation.

So I think it is safe to say the LEVER Simba DRAM is not compatible with this board from what I have been able to observe.

Someone else with more knowledge would have to tell me if I am not making the right conclusions.

Yes so if it's stuck on a specific LED in the ezdebug, then that would indicate where possible problem is.
I would suggest getting a RAM from reputable brand like Corsair, Crucial or Samsung and see if that works.
A

New RAM ordered that is on the compatibility list.

Good luck. Hopefully that works.
In the meantime, I suggest you try this stick in different DIMM slots. Maybe there's a faulty slot. Or if all 4 slots fail, then it could be indeed be the faulty stick.
A

Been there done that. Still fails.

Ok. Lets see what new RAM does, if anything.
The only other option I can think of is inspecting the CPU socket for bent pins. It would require a bright light and magnifying glass to make inspection easier.
A

This is a LGA 1200 and i7 so there are no pins as with earlier sockets.

All motherboards with Intel CPU sockets have pins.
A

OK, I need more ideas. Sent the Sinba DRAM back and purchased from the compatibility list: 16GB Module DDR4 2400MHz Samsung M378A2K43BB1-CRC 19200 NON-ECC Memory RAM. This did not work either. Same result...The second LED (DRAM) comes on during powerup and stays on. So - I am out of ideas. Does anybody have any idea where to go next?
A

BTW I do have the single DIMM in DMMA2 as shown in the docs.

Could be bent pins in the socket. Have you tried checking this?
Otherwise, the board is faulty. Unlikely that the CPU is faulty, although it happens.
A