The MSI Pen sets a whole new standard for how sketching, note-taking, copyediting and signing documents can be a part of your day-to-day workflow.

For those who have purchased MSI Pen or are interested in it, MSI has released a tutorial and know-how video.

MPP2.0
MPP 2.0 stands for Microsoft Pen Protocol 2.0, which is a standard for stylus. All the MPP2.0 stylus can be used on MPP2.0 supported laptop.

MPP is a protocol widely adopted across windows laptops and tablets. That means, even if your co-workers are using non-MSI laptops that supports MPP2.0, you can still use MSI pen to draw on his screen. 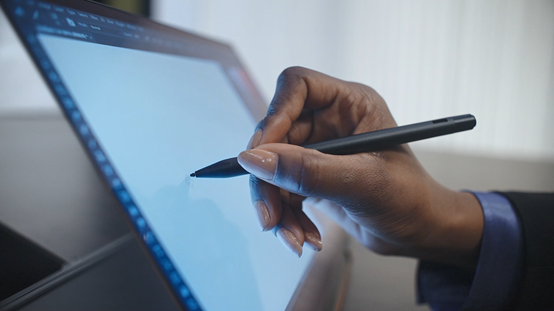 Note that there is also another stylus standard called AES, which is supported by Wacom.

These two standards are incompatible, so your MSI pens cannot be used on a Wacom drawing tablet. 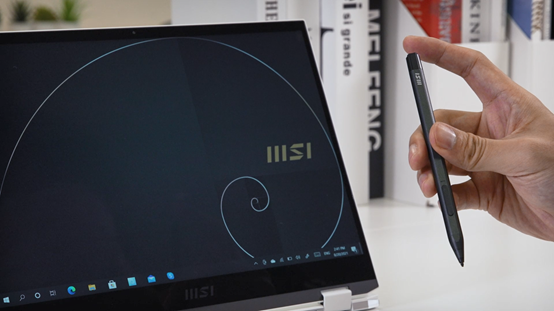 The Bluetooth button of MSI pen is able to control PowerPoint slides, but how does it work?

When you press the Bluetooth button once or twice, it actually triggers page up and page down key command respectively.

Therefore, you can also control other apps such as PDF reader, web page to scroll up or down with the MSI Pen Bluetooth button. Of course, you can apply it in other conditions that needs page up and page down too.

MSI Pen – A journey without limit

Is the MSI Creator 15 touchscreen compatible with a MSI Pen?
C

alex.cliff said:
Is the MSI Creator 15 touchscreen compatible with a MSI Pen?
Click to expand...

can ipad use it?

Paulaaaaaa said:
can ipad use it?
Click to expand...

Is there any chance to have more colors of the pen to choose?

I'm using an MSI pen with the Summit E16. However, this set is slow to detect pressure and cannot be drawn well. Is it possible to change the detection settings?

I want to draw a line with a thin end
K

No MSI Pen battery level indicator in the task bar of my Summit E16Flip A11UCT
MSI Pen utility installed. Bluetooth Pairing OK.
What can I do to solve that problem?
C

Hi, I just got my Z16P, My touchscreen is only 2" from the top working for both figure and the MSI Pen... is this mean I have to return it or this is a system issue? I have tried everything. Calibrate ( not working- I can finish the calibrate, but that is also counted success when I touch at the top side can affect the bottom points.), updated, enable, problem shooting. etc. thank you!
Share:
Facebook Twitter Reddit Pinterest Tumblr WhatsApp Email Link
Top