So I am building a PC for a friend, and he was quite fond of the Vampiric case. I bought the 010M version because the 010 was out of stock. I didn't think he was that bothered about internal lighting etc, but it turns out that he does want it actually (should've waited for the 010!). I figured I would just add a few fans, right? Well, it doesn't appear to be that simple. Every RGB fan I look at is ARGB, or is simply one colour. Where on earth did MSI get that fan they included on the Vampiric 010M case?! And how do I get more? There is a hub at the back of the case which clearly can accommodate more of them.. does anyone know where I can get fans with that connector? It looks like a basic 4 pin connector - but can't find any to buy. Can anyone help? I would attached photos but can't work out how to do it on this forum

Well, that is a normal RGB (12v, 4-pin) fan. there are tons and tons of those available.

flobelix said:
Well, that is a normal RGB (12v, 4-pin) fan. there are tons and tons of those available.

You've got the wrong case I am afraid. I am talking about the Vampiric 010M, not the 010. I know the connector you speak of - I have used it regularly. This is different, but can't seem to upload a picture in this forum - it seems to want a URL for every image I intend on sharing for some reason.

You know what, I can't believe I have to resort to this just to upload a f*&$%!g photo - but my profile avatar pic shows the connector and the RGB hub on the back of the case. Honestly, what a nightmare this forum is where you can't even share photos of the issues you are having.

i.r.wilson said:
You've got the wrong case I am afraid. I am talking about the Vampiric 010M, not the 010. I know the connector you speak of - I have used it regularly.
Click to expand...

Alright, with the Vampiric 010M case, pretty much any fan you use in it will need to be connected to the motherboard to function.
Without knowing what motherboard you have, it's kinda hard to say. So we would really need that information first.....

If I honestly had to recommend a fan though, as long as the motherboard supports the digital RGB LED's (3 pin LED's), I would get these : https://www.amazon.com/gp/product/B08B1D5N27/ref=ppx_yo_dt_b_asin_title_o07_s00?ie=UTF8&psc=1

I have these. I use them both on my Z390 Godlike and Z490 Godlike boards, and they work fantastically. They come with a controller that allows both external control, as well as control via MSI Dragon Center/Mystic Light. They give you a ton flexibility and honestly look pretty good as well.
That package comes with a nice little controller that should allow up to 4 to 6 RGB fans to work with it.

He wants to also use the included fan and it is RGB like said.

First of all, thanks for responding - I really appreciate your time and efforts!

The motherboard in question is an MSI X570 Gaming Pro Carbon Wifi. However, in response to flobelix's comments regarding "The 010M uses RGB (12v, 4-pin) fans like said... The 010 uses an ARGB (5v, 3-pin) fan". This appears to be my problem, because the 010M I got delivered appears to be different. I understanding was the connector on the fan side was identical in both instances, the difference in pins was based on what your motherboard has. This isn't connected to my motherboard. The RBG strip on the front of the case doesn't connect to my motherboard, it connects to an auxiliary board that is mounted on the panel behind the motherboard. Said aux board requires an SATA power supply, and the supplied 120mm fan also connects to said board. I have changed my profile photo again to show a better picture of the connector on the end of both the RGB strip and the fan provided. It is unlike any RGB connector I have seen (it looks like some of the connectors you see on fans which are mounted onto graphics cards - the connectors those have to connect into the graphics card PCB.

Perhaps the Vampiric 010M version in the UK is different to elsewhere?! I just know that the fan and RGB strip connectors are unlike anything I have used in PC building prior to this point.

Once again folks, I really appreciate your time and efforts. Perhaps I should take a video on my phone and stick it on youtube - would probably make describing this much easier!

Simply attach photos rather than use the avatar box. It shows by the way a four pin connector like expected.

I have no idea why it took me so long to find the insert image tab - I am obviously going blind! Anyway, here are better photographs! Like I mentioned previously, I cannot find any fans available to buy with this kind if RGB pin connector anywhere. 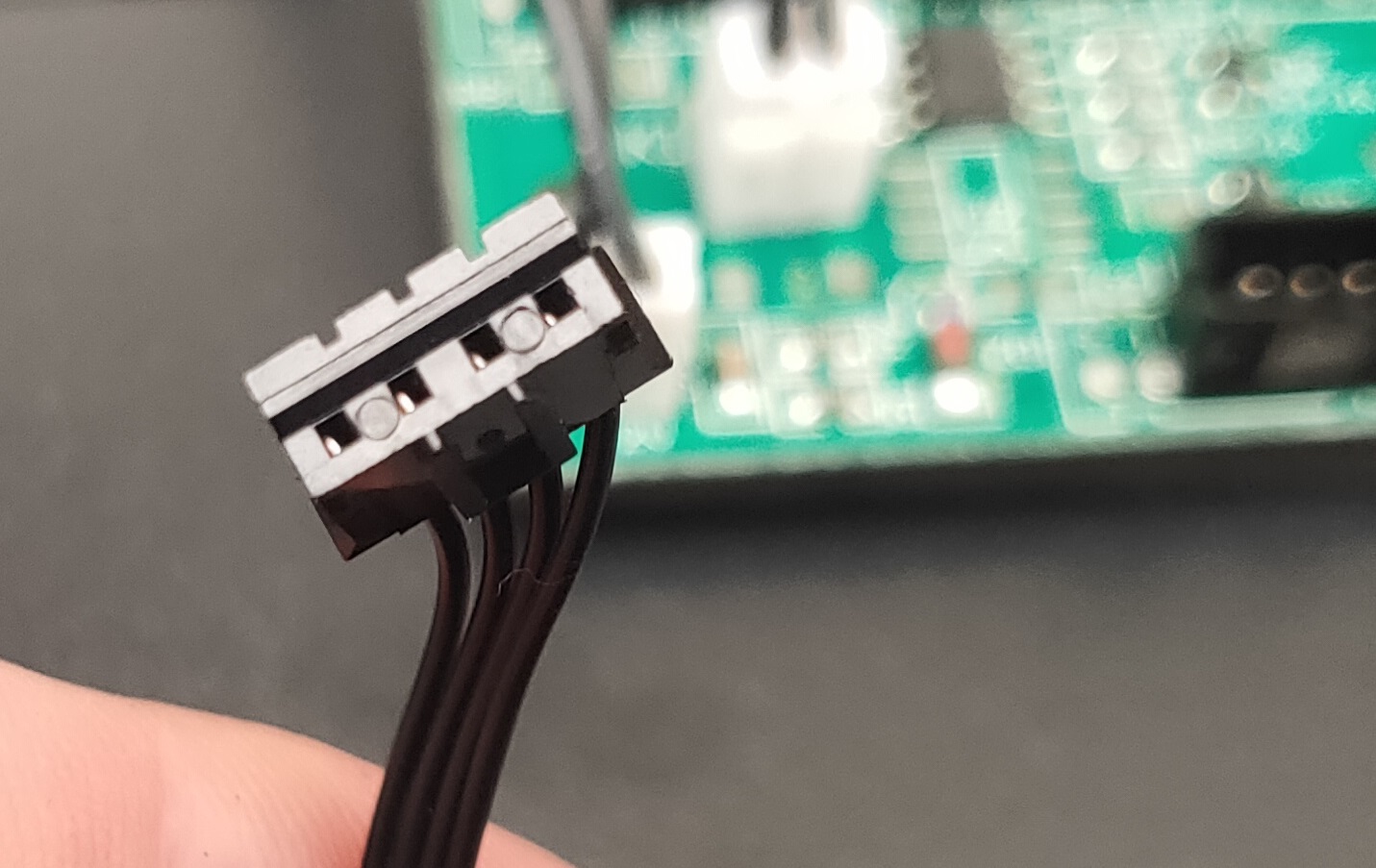 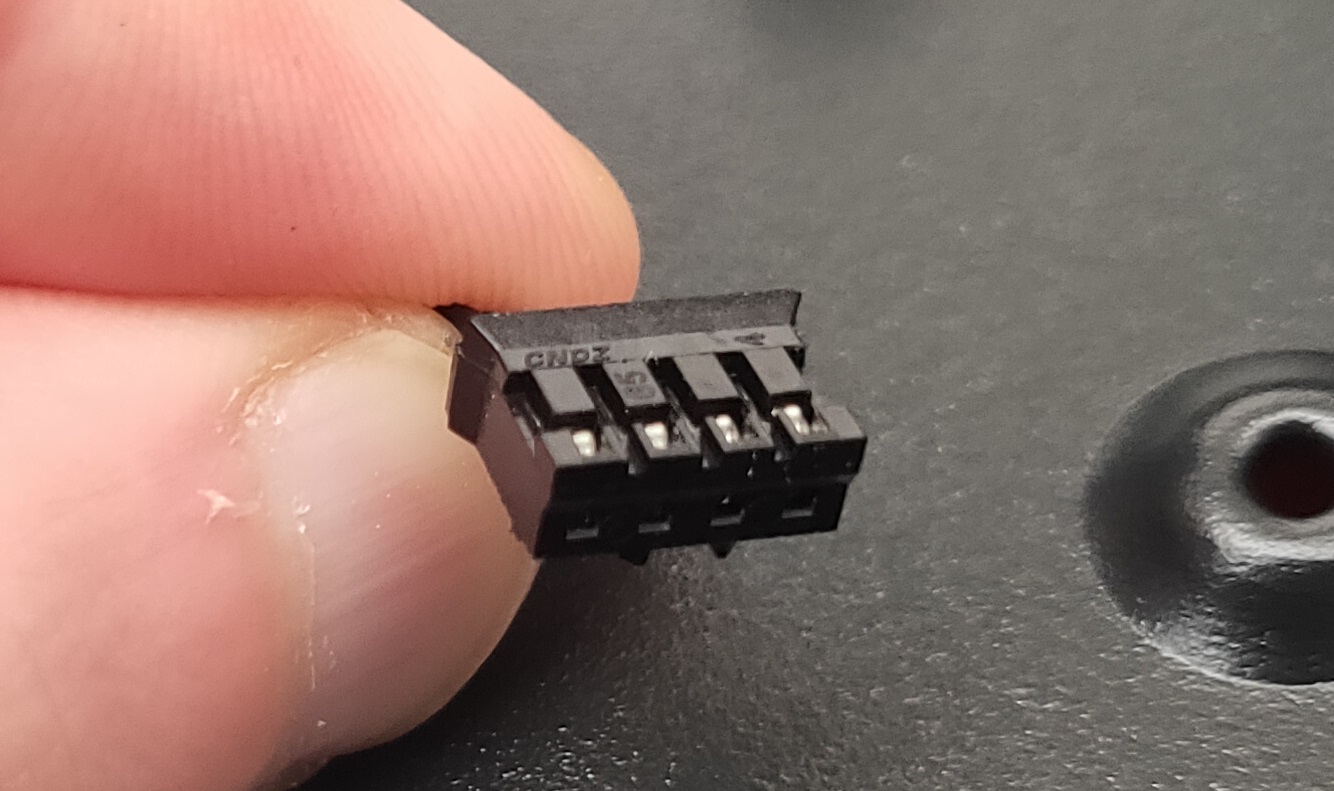 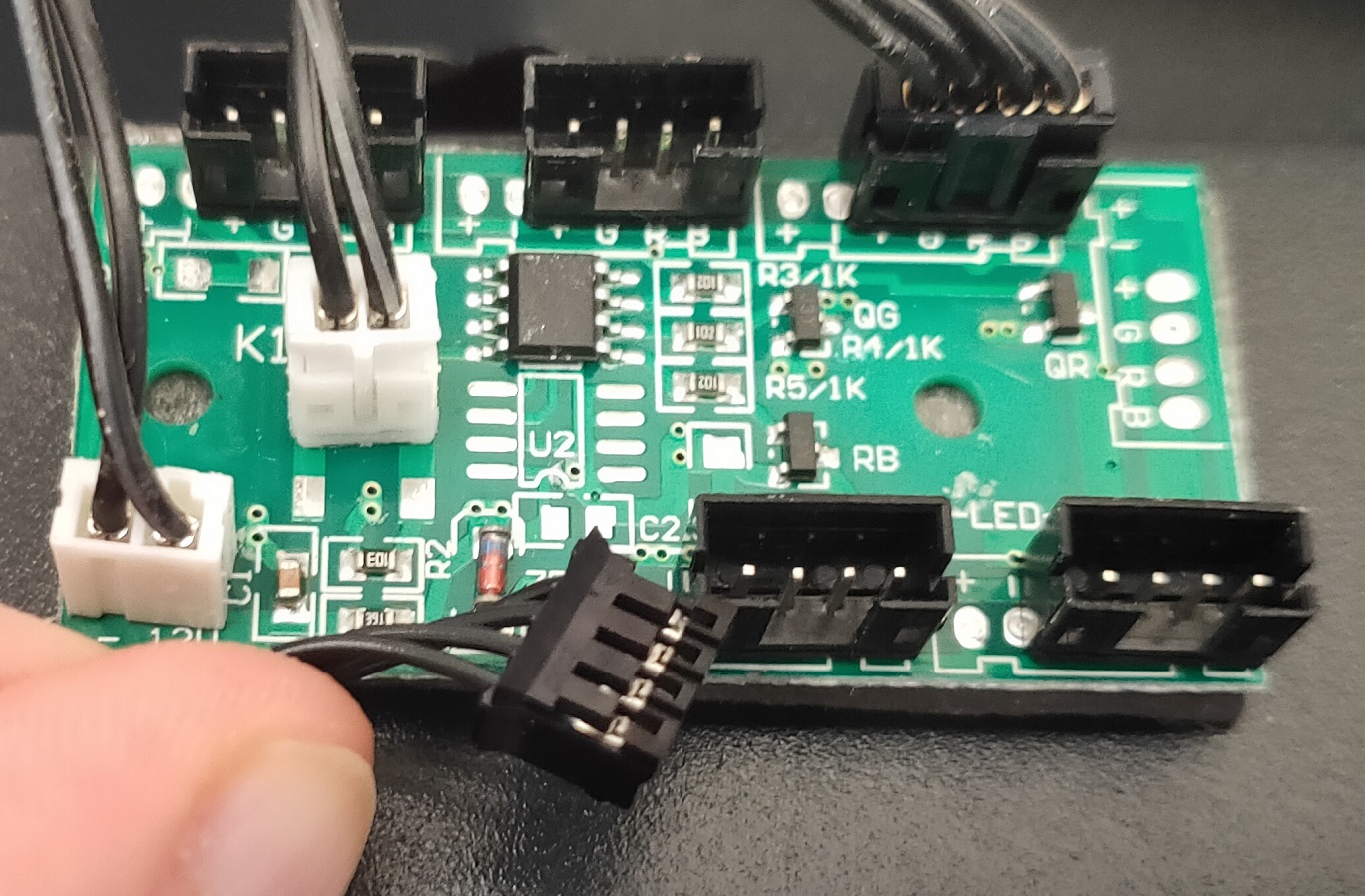 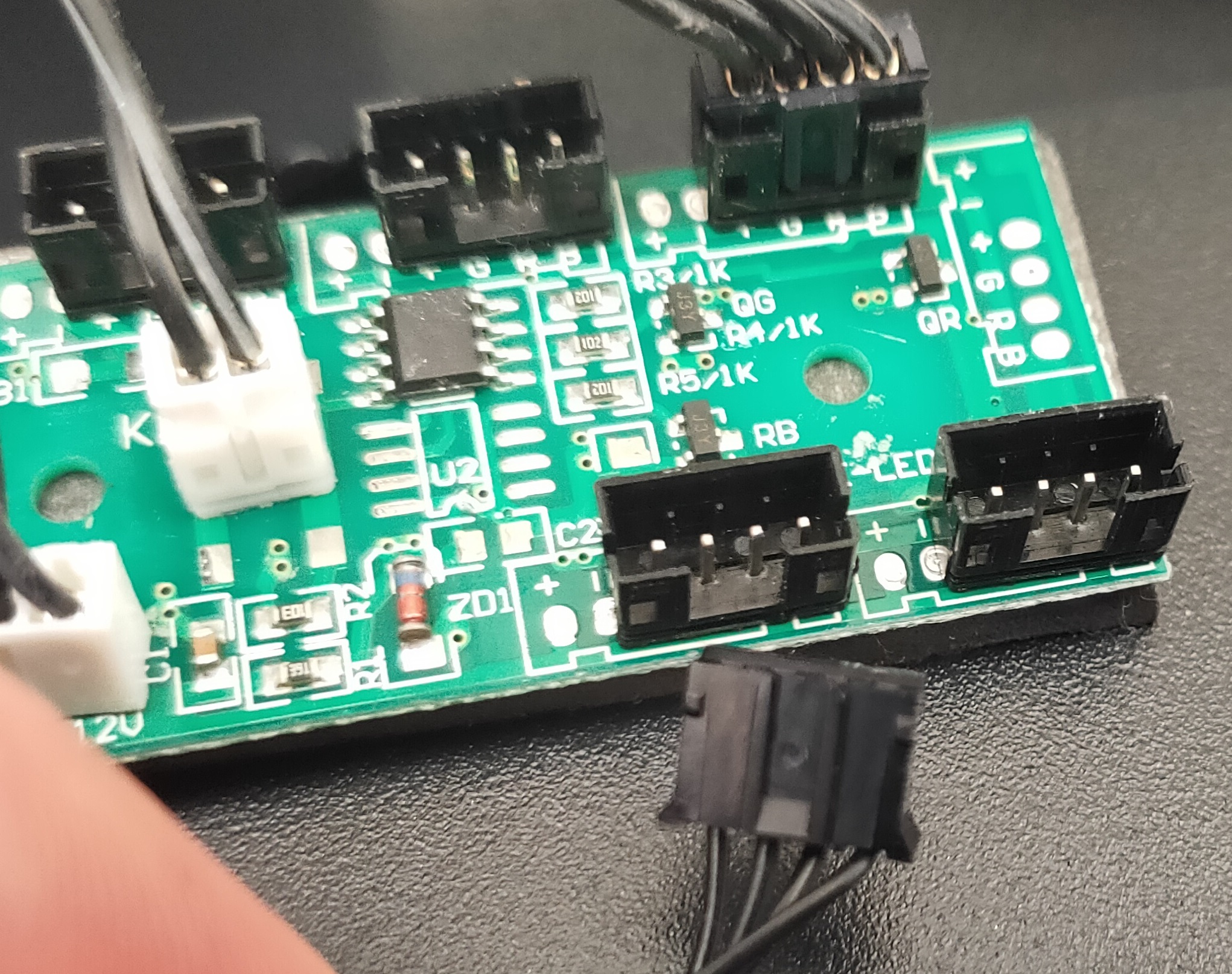