What do you guy's think of the new Dust2 on the csgo BETA atm?

What do you guy's think of the new Dust2 on the csgo BETA atm?

"Perhaps the quintessential CS:GO map, Dust II has been a classic since its original release. The map captures the essence of CS and in this new release we wanted to honor its pure form while buffing away the jagged edges. Our goals for the map updates were:

Dust II is now available in the beta branch and we are looking forward to your feedback. (Learn about opting into CS:GO beta here.) Below you?ll find a few highlights of what has changed. Feel free to use the sliders to track the differences."

A number of overly dark spots in Tunnels have been addressed with natural light pouring in by way of a crumbling, torn away roof. The broken down car at the bomb site has also been moved a bit, allowing a more free player flow around it. The break in the wall, 'Window', has now been widened and the movement brushes around it relaxed. Just beyond this, Scaffold has been simplified with no more metal pipes to stand in the way of your next frag. In addition, a few electrical poles have been moved outside the playspace as to simplify unnecessary distractions while not taking away visual fidelity.

The broken down cars at A are now one car with increased player flow around and on it. Experienced players will now not have to worry about whether they?re going to get hung up and newbs won?t wonder if they?re going to get burned. Annoying physics based detritus props have also been replaced with more predictable static prop detail such as weeds and rocks.

While Dust II?s gameplay doesn?t seem to age, the art needed a good sandblasting. The Bombsite B section of the map is now a historic Kasbah under restoration while Bombsite A is a bazaar and hotel. The texture resolution has been quadrupled and a North African prop set established for all you community mappers to use. Now, the bad news is the 2 pizza parlors are no more. The good news: they?ve been replaced by 2 dentist offices. Coincidence? Probably not. 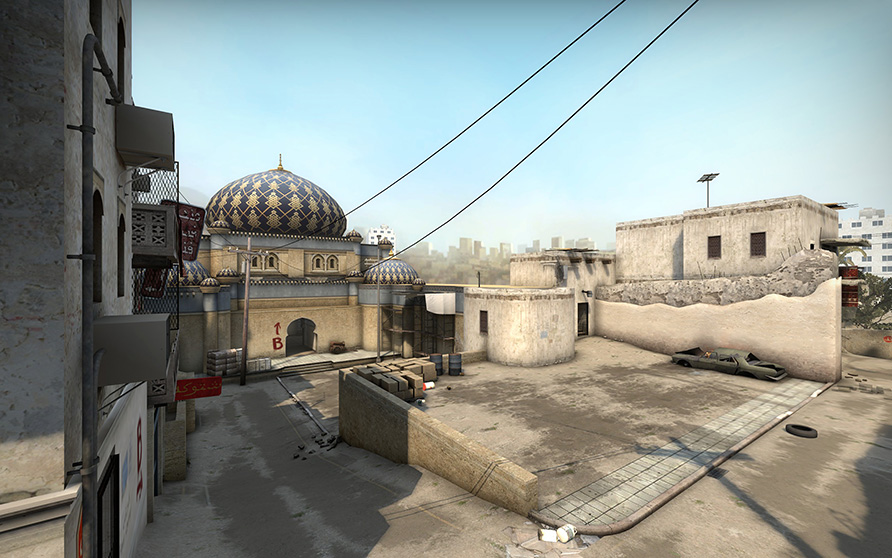 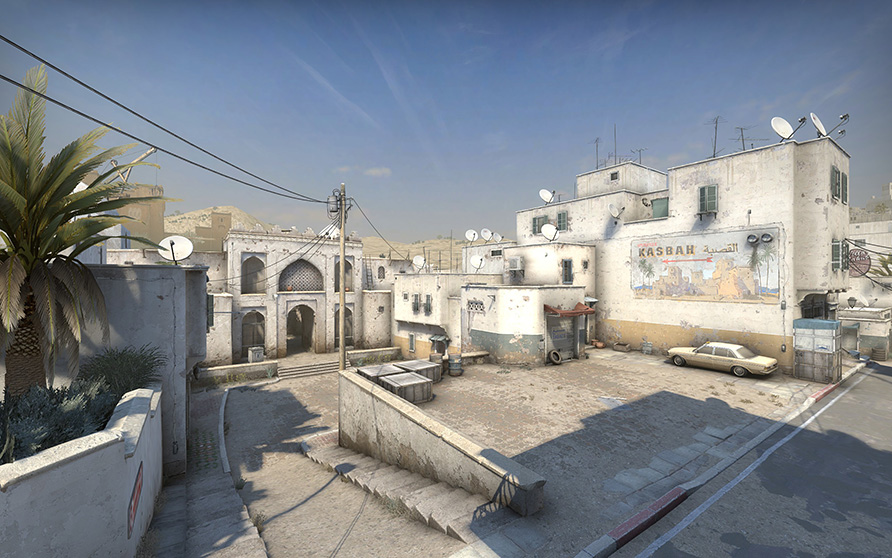 The Return of dust2
P

I miss the old version
G

My Fps is lower than the old one
A

Man this brings back memories not played cs in years was a great map,new looks good
Y