(If you have an MSI X470 Gaming Pro Carbon, or B450 TomaHawk MAX, please post your benchmarks on this thread.)

Instead of dropping $200+ on a new X570 or B550 motherboard, just keep your X470 Gaming Carbon Pro and use that money for a CPU/GPU/DRAM upgrade for this already very capable motherboard. You can use those upgraded parts later next year when Zen3 motherboards are released.

The MSI X470 Gaming Carbon Pro is one of MSI’s best B450/X470 AM4 socket motherboards. MSI did a GREAT job with it. So good in fact, that if you already own one, there is really no need to upgrade to a X570 or B550 motherboard until after the Zen 3 launch. If MSI adds Zen 3 to the MSI X470 Gaming Pro Carbon – then even longer than that.

What you need to know about X470 GAMING PRO CARBON:
Last edited: Saturday at 7:58 PM
N

The B550 and X570 motherboards are still overpriced, and in some cases, are difficult to acquire.
I watched the X570 motherboard market for the past year and decided to wait to see what developed on the B550 releases. The X570 offered only larger VRMs and PCIe 4.0 M.2. One of the X570 features that I did not care for was the embedded southbridge heatsink fan. I prefer a MB that doesn’t require a chipset cooling fan.

In keeping with their excellent product support, MSI and AMD continue to support it via BIOS and driver updates. Hopefully, that same level of support will continue on to Zen 3.

In short, the MSI X470 Gaming Pro Carbon can ALREADY perform 95% of ANY X570 or B550. Updating the BIOS (for Zen 2 users only) is the most beneficial upgrade, followed by pairing upgraded DRAM and GPU.

And with the latest (in a LONG series) AGESA BIOS 1.0.0.6 the X470 Gaming Pro Carbon CPU/DDR4 performance is EXACTLY ON PAR with any X570 or B550 motherboard. The ‘bugs’ have finally been fixed!

The only things I have upgraded the MSI X470 with were an 3700X CPU, a 2080Super video card, and 32Gb of Crucial Ballistix DDR4 3600 Dram.
Those THREE upgrades have easily “future-proofed” the X470 Carbon Pro for another TWO YEARS.

Looking back at the MSI X470 Gaming Pro Carbon motherboard, it was very feature rich and (when released) for the cost/performance ratio, was one of the best AM4 motherboards on the market.

The X470 Carbon Pro is now out of production, and is considered a “Legacy” motherboard.
Last edited: Saturday at 7:20 PM
N 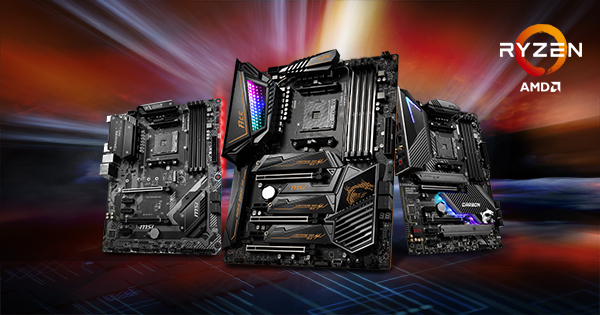 While all the motherboards discussed here do feature the same socket, i.e., AM4, the chipset they use does dictate a lot of the functionality and features you can use on the motherboard. Here are the most important differences:

AMD has officially allowed manufacturers to support Zen 3 processors on B450 motherboards with a BIOS update. If your only reason for an upgrade is future processor compatibility, it's better to stick with a B450 motherboard for now.

Here is a recent comparison of X470 vs X570 motherboard feature comparison.

Consensus is to KEEP your X470 in most cases if you already have one.